Zoya Akhtar's directorial Zindagi Na Milegi Dobara is one of the most iconic films on friendship. The movie starring Farhan Akhtar, Hrithik Roshan, Abhay Deol, Katrina Kaif, and Kalki Koechlin is remembered for its fine storytelling, hilarious moments, and music. Recently, through an Instagram post, it was revealed how Hrithik Roshan almost killed his co-stars Farhan and Abhay during the making of the film. 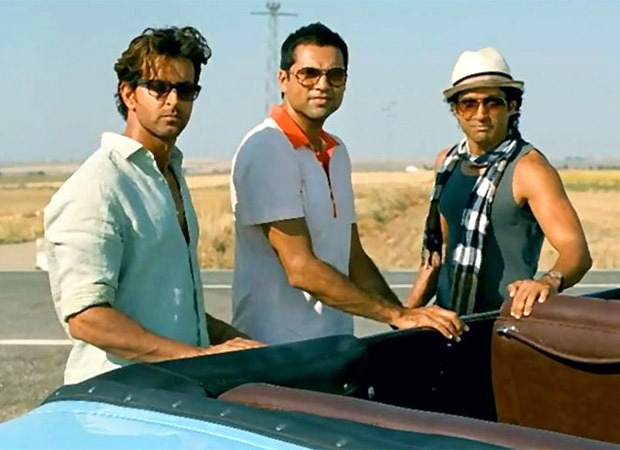 The Instagram handle of Zoya's Tiger Baby Productions gave a glimpse into the behind-the-scenes of ZNMD through their Off The Record Series. Narrating his experience, Abhay is heard saying how during one of the scenes where all three actors are inside the car being driven by Hrithik Roshan. In the scene we see, Hrithik receiving an urgent call and has to park the car off the road. However, in the behind-the-scenes video, after Roshan parks the car he forgets to switch off the engine and gets out. This leads to the car running to the edge with Farhan and Abhay still inside the car. In the video, we see how Farhan panics and scrambles out while Abhay takes some while to process. However, Roshan quickly gets into the driver's seat on time and turns off the engine.