Hollywood's favourite action star Tom Cruise is set to back with yet another breathtaking film. The actor will reprise the role of Pete "Maverick" Mitchell in the highly anticipated film of 2020 - Top Gun: Maverick. The trailer showcased some real action-packed sequences and fans are quite excited. 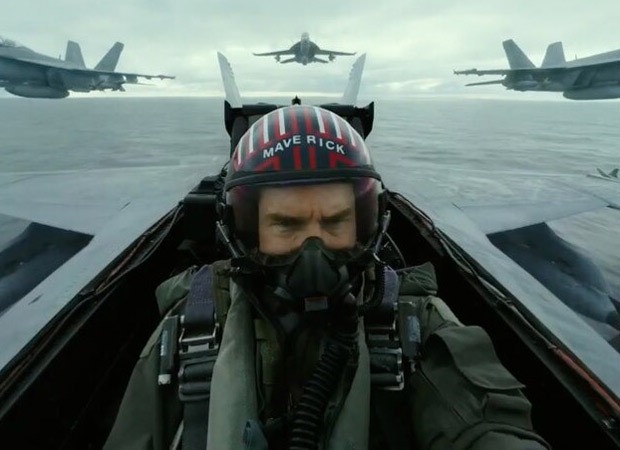 Speaking to Empire magazine recently, Tom Cruise revealed that he was stoked to be part of the sequel. But, he did not want to do any CGI stuff in the film. He wanted to perform the action in real-time like he has always done with his films and made it very clear to the production house. "We just started talking,” Cruise said. “And I realized that there were things that we could accomplish cinematically. And I started getting excited about this big challenge of, ‘How do we do it?’ So I said to Jerry, ‘I’ll do it if…’ meaning, I’m not going to do the CGI stuff.”

“What’s different about this movie is that [in Top Gun] we put the actors in the F-14s and we couldn’t use one frame of it, except some stuff on Tom, because they all threw up,” said Jerry Bruckheimer, director of the film. “It’s hysterical to see their eyes roll back in their heads. So everything was done on a gimbal. But in this movie, Tom wanted to make sure the actors could actually be in the F-18s.”

“I said to the studio, ‘You don’t know how hard this movie’s going to be. No-one’s ever done this before,’” Tom further said. “There’s never been an aerial sequence shot this way. I don’t know if there ever will be again, to be honest."

Glen Powell and Miles Teller, both, underwent flight training for the film!

After more than thirty years of service as one of the Navy’s top aviators, Pete "Maverick" Mitchell (Tom Cruise) is where he belongs, pushing the envelope as a courageous test pilot and dodging the advancement in rank that would ground him. When he finds himself training a detachment of Top Gun graduates for a specialized mission the likes of which no living pilot has ever seen, Maverick encounters Lt. Bradley Bradshaw (Miles Teller), call sign: "Rooster," the son of Maverick’s late friend and Radar Intercept Officer Lt. Nick Bradshaw, aka "Goose".

Facing an uncertain future and confronting the ghosts of his past, Maverick is drawn into a confrontation with his own deepest fears, culminating in a mission that demands the ultimate sacrifice from those who will be chosen to fly it.