Bollywood actress Swara Bhasker was living in a rented apartment for a while as her old home went for renovation. Now, the actress is all set to finally move back to her original space which looks just swanky. The actress on Thursday shared glimpses from Griha Pravesh (house warming) ceremony. 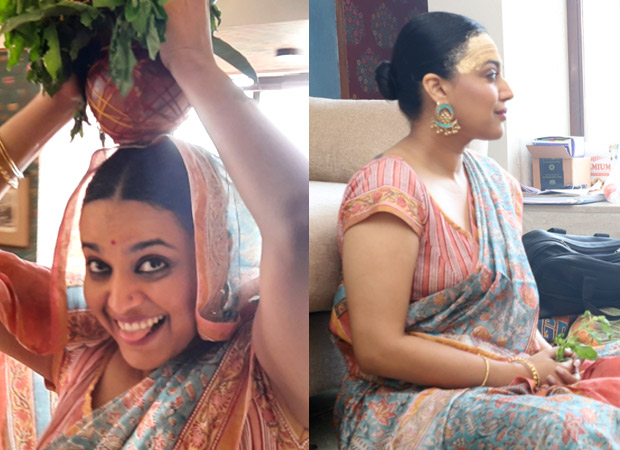 Swara Bhasker shifts back to her newly renovated apartment in Mumbai after 2.5 years

Taking to her social media handles, Swara shared a couple of pictures in which she can be seen performing several Hindu rituals and dressed in an ethereal blue-pink floral printed saree. Apart from that, she is also seen having Chandan (sandal) tikka applied on her forehead. While in one of the pictures, she can be seen sitting and performing the rituals, in the other she can be seen praying and chanting mantras.

Sharing the pictures on her social media handles Swara wrote, "The Gods have approved," and "Feeling pious," along with the hashtags "grihapravesh", "newoldhouse" and "NewBeginnings".

On the work front, Swara was last seen in LGBTQ+ based film Sheer Qorma co-starring Shabana Azmi and Divya Dutta.