Last Updated 03.08.2020 | 6:30 PM IST
feedback language
follow us on
Home » News » Bollywood Features News » Bollywood News Student Of The Year 2: This sizzling chemistry between Tiger Shroff and Alia Bhatt in the ‘Hook Up’ song will make you wanna see them together in a film NOW

For the past few days, internet has been abuzz with the release of the new Student Of The Year 2 song being launched soon. The reason why the said track is special because it brings together Tiger Shroff and former ‘student’ of St. Teresa, Shanaya, aka Alia Bhatt in this number that has been titled as the ‘Hook Up’ song. Well, we got a glimpse of their sizzling chemistry on social media when Alia shared a BTS photo from the song. 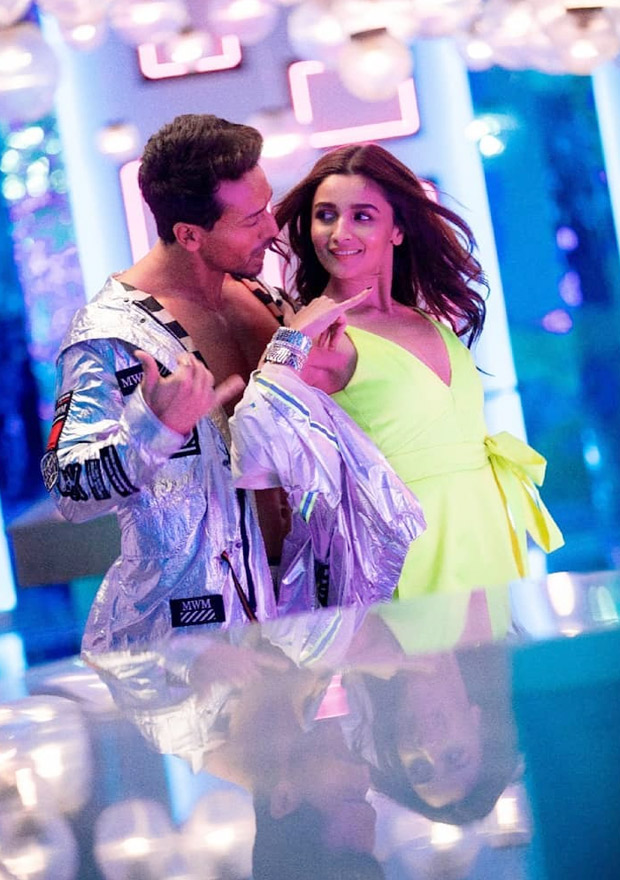 Student Of The Year 2, which is a glamorous sequel to the much glammed up SOTY, will have a new set of actors this time. However, the ‘Hook Up’ song will all be about getting the leading man of the sequel and the leading lady of the prequel together. Besides Tiger Shroff and Alia Bhatt, this track will not feature any other cast of the two films, namely, Varun Dhawan, Sidharth Malhotra, Tara Sutaria and Ananya Pandey. The song will be launched on coming Tuesday, that is, on April 30. Alia also informed the details of the song launch in the post she shared on Instagram earlier this week.

On the other hand, producer of SOTY 2, Karan Johar, too shared a teaser of the song featuring what they have been calling ‘Talia’ [Tiger + Alia] on social media:

Coming to Student Of The Year 2, the film will mark the Bollywood debut of Tara Sutaria and star kid Ananya Pandey and it also features Aditya Seal in a pivotal role. Directed by Punit Malhotra, the film is expected to release on May 9.

Also Read:  This still of Alia Bhatt from the upcoming Hook Up Song of Student Of The Year looks GLAM!