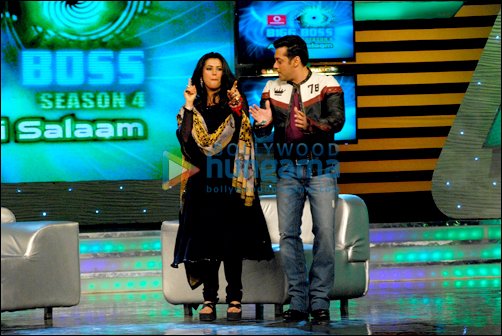 Salman Khan is known for doing things that no one else can. Well, the man has done it again this time as he managed to get Ekta Kapoor to dance on Bigg Boss 4.

Salman gets Ekta Kapoor to shake a leg

Ekta was on the reality show to promote her new project, Raginni MMS, which went on floors earlier this month. Salman, in an impromptu manner, put on the 'Tenu TV Pe Dekha' track from Kapoor's hit, Love Sex Aur Dhokha, and got the TV Czarina to shake a leg with him.

Says a source who was present on the set, "One seldom gets to see Ekta Kapoor make a television appearance. So getting to see her actually dance informally and have a laugh with Salman was a treat. The two got along like a house on fire."