Of late, Ranbir Kapoor and Alia Bhatt have been quite in news, courtesy, the schedule of Brahmastra. The duo has been busy for the past few months prepping for this superhero drama. And now, finally, after much discussion and changes, Brahmastra has gone on floor. 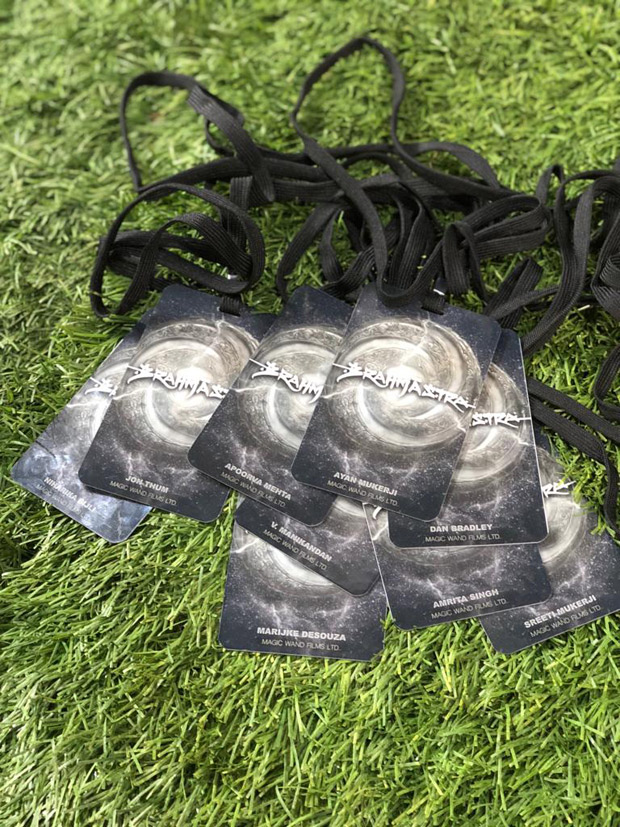 Confirming the same, we recently came across, the official twitter handle of Dharma Productions who shared this picture. The picture has the name ID cards with the logo of Brahmastra. Sharing the picture, the production house further went on to wish the team saying, “Today is the day when we embark on our new journey & we can't wait to unfold every step with you! There's no holding back the excitement for this one, so keep sending in your love for #AyanMukerji & team!”

For the uninitiated, let us also remind you that Amitabh Bachchan too is an integral part of this superhero drama. Brahmastra is inspired heavily by Indian mythology and so is the title. Although the details of the film are kept under wraps, we hear that the film showcases a blend of mythology and contemporary generation.

Furthermore, director of the film Ayan Mukerji, in the recent past, had also revealed that Brahmastra is a trilogy. In fact, just recently, the entire cast took off to Bulgaria to shoot for the film. Before returning to India, an extensive portion of the film will shot in picturesque foreign locations.

Brahmastra will also see Gold debutant Mouni Roy play an integral role. While the details aren’t revealed, it is being said that she will play a grey-shaded character.

Produced under the banner of Dharma Productions, the film is slated to release on August 15, 2019. The film is expected to be heavy on VFX. Also, Ranbir and Alia have undergone extensive prep to star in this high octane superhero film.