He is born between the royal Nawabs and Kapoors, that is, Saif Ali Khan and Kareena Kapoor Khan! So it wasn’t surprising to see that Taimur Ali Khan became a sensation on social media immediately after his birth. Now joining him in the league is his cousin Inaaya Naumi Kemmu. Inaaya, daughter of actors Soha Ali Khan and Kunal Kemmu, too has grabbed quite a bit of attention. 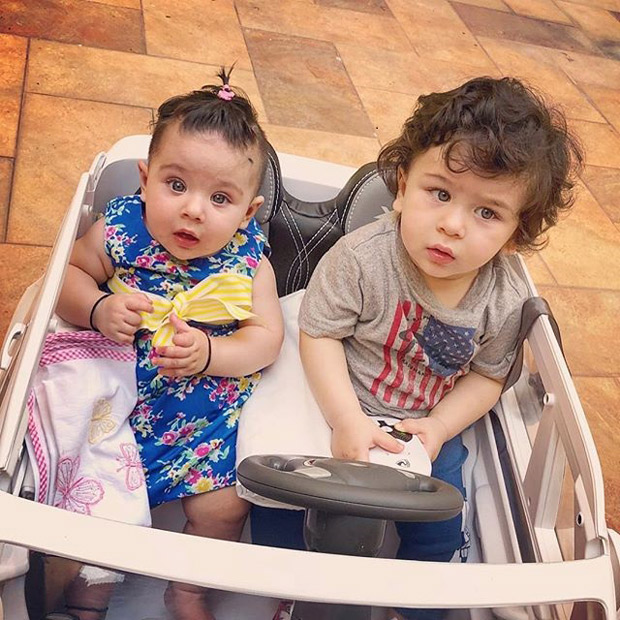 It wouldn’t be wrong to say that one of the reasons why the kids have become so popular is because of their stark resemblance. Their Nawabi blood along with similar features and fair complexion have often left others wondering if they were twins. Considering all the hoopla around the duo, people were definitely looking forward for a moment to see the two of them together. Now, we have received a glimpse of the same, courtesy, Soha Ali Khan. 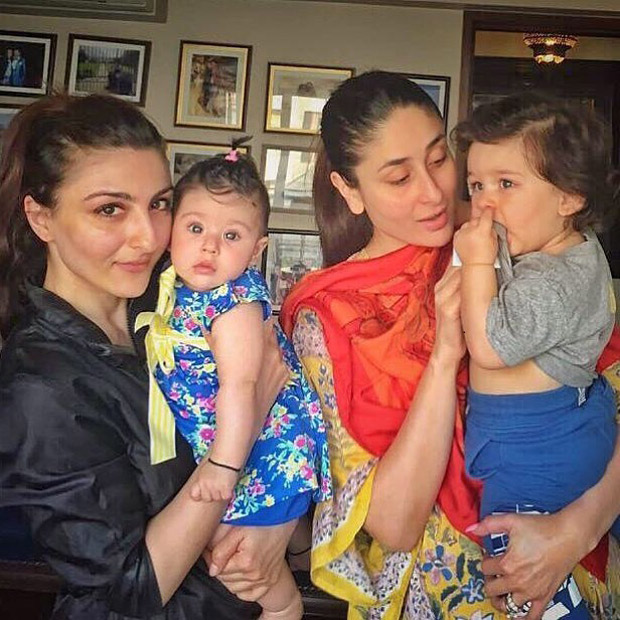 Amidst the Nawab family, Soha Ali Khan is quite active on social media. The actress, who is currently enjoying the early stages of motherhood, often keeps the platform updated. Doing the same, the actress shared a picture of her and sister-in-law Kareena Kapoor Khan holding their respective children. There was another picture wherein only the kids, namely, Taimur Ali Khan and Inaaya Naumi Kemmu were posing. It was captioned as ‘Carpooling’.

Talking about their own relation, Soha revealed that unlike her age gap with her brother, Taimur and Inaaya have barely a year of an age gap. For the uninitiated, Soha is eight years younger than her brother Saif Ali Khan.

Soha further also spoke about how Saif Ali Khan is always scared when both babies are in the same room. Taimur Ali Khan recently turned a year older. Hence, he is now at an age where he likes to explore things in the house. On the other hand, Inaaya is much younger.