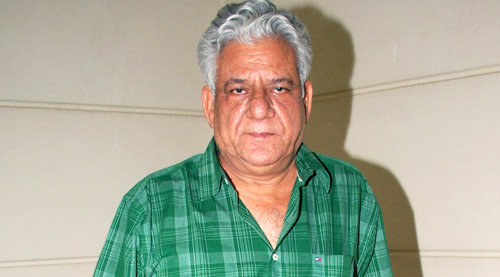 Om Puri who is currently the toast of the international media for his warm performance in the appetizing new film The Hundred Foot Journey, was in the US earlier this week for the film's premiere.


Om who was accompanied by his son Ishaan met Steven Spielberg for the first time. And Spielberg advised Ishaan to become an actor.


Says Om, "At the premiere I met Steven Spielberg and Oprah Winfrey. I had met Oprah earlier. But I met Spielberg Saab for the first time. We had a lot to talk about."


Spielberg specially had a lot to say to Om's son Ishaan.


Says Om, "He asked Ishaan whether he wants to be an actor like me. Ishaan who is at the present juncture is inclined to be either a lawyer or an actor, confessed to Spielberg Saab his apprehensions about an acting career since his father was already a towering banyan tree above him in the profession. Spielberg Saab advised Ishaan not to be intimidated by my presence in his life, to go right ahead and become an actor. It was advice that I think Ishaan has taken seriously."