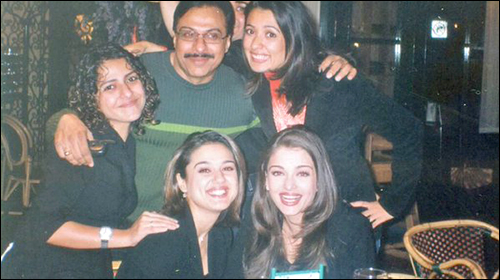 May be catfights is really a figment of media's imagination because the pictures we found online are quite contradictory to the popular adage - 'Actresses can't be friends'. Recently, few old pictures of former Miss World Aishwarya Rai Bachchan and dimpled actress Preity Zinta have gone viral on social media.

Clicked during the 90s, the pictures have Aishwarya and Preity in a party mode as they let their hair loose. Very few must be aware that the two actresses have been friends for a long time and it is in fact, Aishwarya who shared a close bond with Preity. Accompanying them was Mini Mathur, who is now a popular anchor and wife of filmmaker Kabir Khan. On the other hand, Aishwarya returned to acting a year ago after her long maternity break. Preity Zinta too has recently been in news, courtesy, her hush hush marriage with her beau Gene Goodenough.