Neetu Kapoor is certainly the presence of Rishi Kapoor. The actor lost his two-years-long battle to Leukemia in April 2020 and has been dearly missed by his family and fans ever since. Neetu Kapoor is usually seen sharing throwback pictures of the late and actor and this being the first Holi after his death, she shared another prized memory. 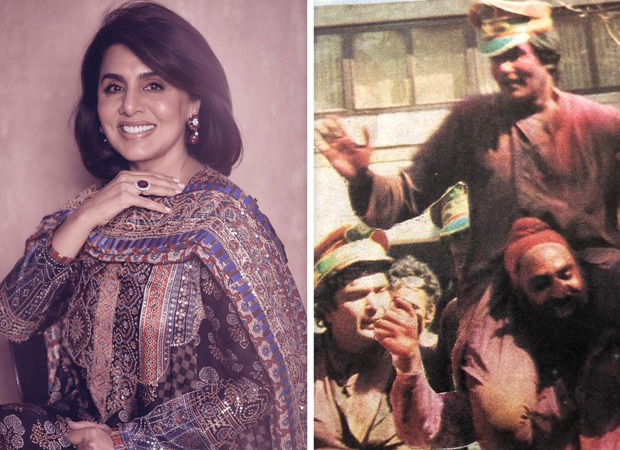 In the picture, Rishi Kapoor and Amitabh Bachchan are seen in a jolly and festive mood as they play with colours. The candid picture went viral soon after Neetu Kapoor posted it and the fans couldn’t help but miss the actor. Sharing the picture on her Instagram, Neetu Kapoor wrote, “eel blessed to experience the times when HOLI was enjoyed and celebrated with colours of true love and happiness ????????❤️????”.

Also Read: Neetu Kapoor gets emotional on Indian Idol 12 recalling how she fell in love with Rishi Kapoor after being his wing-woman