She recently gave us a new set of relationship goals with husband Saif Ali Khan when the two of them were spotted indulging in some adorable PDA that will make many go green with envy! And now Kareena Kapoor Khan is setting reports abuzz with her new tattoos. Of late, the actress has been spotted sporting tattoos on her arm and it has created quite a stir on social media. 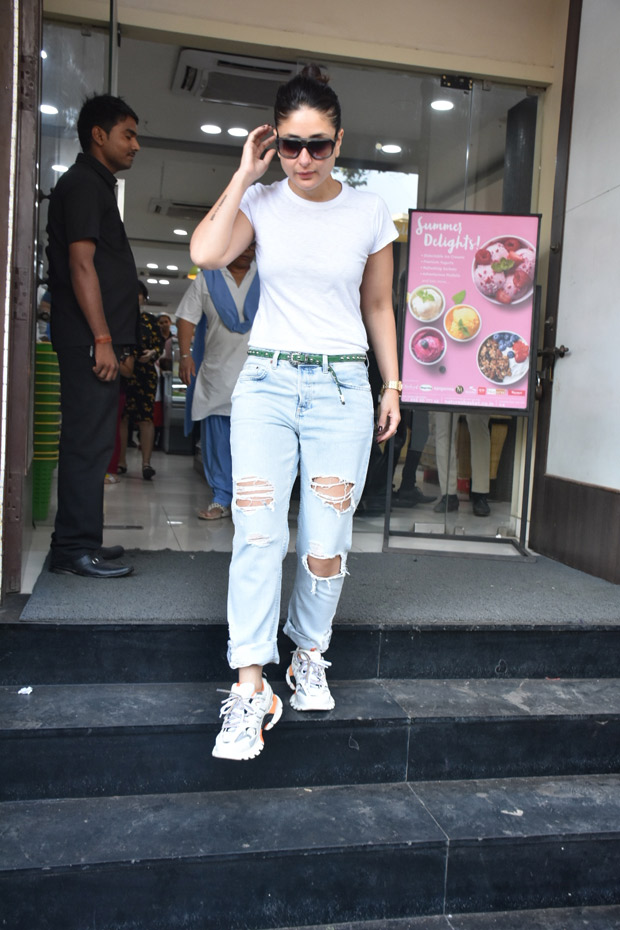 Fans of Kareena Kapoor Khan are left confused as they see their favourite Bebo sporting a tattoo on her right arm and at the back of her left bicep. Let’s just say that they are left quite puzzled with the fact that their favourite actress, who has always expressed her dislike towards getting inked, is seen sporting it during her recent appearances. While some say that they could be the doodling work of her little one, Taimur Ali Khan, some others feel that it could probably be a temporary one for her reel life commitments. On the other hand, her husband Saif Ali Khan has always been fond of tattoos!

While the debate on her tattoo goes on, here’s a glimpse of how they look like:

So what do you guys think of Kareena’s latest tattoos?

On the work front, Kareena Kapoor Khan will next be seen in Good News, which is slated to release by the end of this year. The actress has already wrapped up the film in which she will star alongside Akshay Kumar, Diljit Dosanjh and Kiara Advani. Besides that, she has also been brought on board for Karan Johar’s ambitious Mughal drama Takht which also stars Ranveer Singh, Alia Bhatt, Vicky Kaushal, Bhumi Pednekar, Anil Kapoor and Janhvi Kapoor.

Also Read: Kareena Kapoor Khan and Saif Ali Khan show us how smitten they are by each other in these PDA photos and we can’t get over their romance!