Last Updated 25.10.2021 | 10:00 PM IST
feedback language
follow us on
Bollywood Hungama » News » Bollywood Features News » Kareena Kapoor Khan and Saif Ali Khan show us how smitten they are by each other in these PDA photos and we can’t get over their romance!

Kareena Kapoor Khan and Saif Ali Khan have always been an ‘it’ couple and their lives too have always been under scrutiny. Despite that, the two actors have never shied away from expressing their love for each other, so much so that Saif even attended functions with Kareena’s name tattooed on his arm. While we have seen their sizzling chemistry on screen, we rarely get to witness off screen. But in a recent event, the two let go off their inhibitions and indulged in this adorable PDA where they look so smitten by each other even after years of marriage! 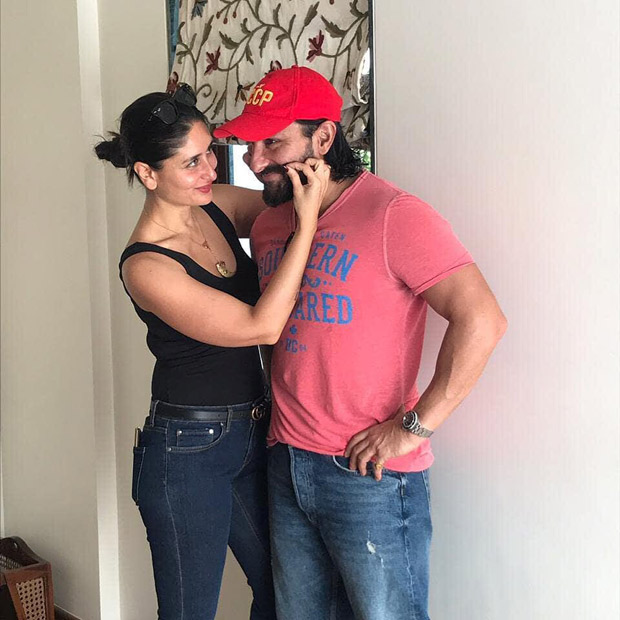 A recent set of pictures are going viral on the internet where we can see the two celebrities getting all romantic with each other. In these pictures, we see a rather doting wife Kareena Kapoor Khan trying to straighten the moustache of her husband Saif Ali Khan as the latter smiles on.

On the work front, Saif Ali Khan was recently seen in a rather unconventional avatar as Naga Sadhu in Laal Kaptaan. The actor also has another set of interesting films like Jawani Jaaneman and Taanaji - The Unsung Hero in which he plays the antagonist. On the other hand, he is also gearing up for the release of the second season of his much loved web series Sacred Games.

Whereas, his wife Kareena Kapoor Khan too is equally a busy bee! After the success of Veere Di Wedding, the actress will next be seen in Good News with Akshay Kumar, Kiara Advani and Diljit Dosanjh. She will also play one of the lead roles in the multi-starrer Takht which also stars Ranveer Singh, Alia Bhatt amongst others.

Also Read: WOAH! Kareena Kapoor Khan can’t stop praising this KHAN and it is not Saif Ali Khan we are talking about!