Last Updated 20.01.2022 | 9:00 PM IST
feedback language
follow us on
Bollywood Hungama » News » Bollywood Features News » Karan Johar, Ranveer Singh, and Alia Bhatt get all decked up for a night out in Delhi amid the shoot of Rocky Aur Rani Ki Prem Kahani

The team of Karan Johar directed Rocky Aur Rani Ki Prem Kahani have been shooting in Delhi for nearly two months now. Headlined by Ranveer Singh and Alia Bhatt, the film also stars Dharmendra, Jaya Bachchan, and Shabana Azmi. The team has been sharing pictures and videos from their time in Delhi and it seems that they are having the time of their life making the film. 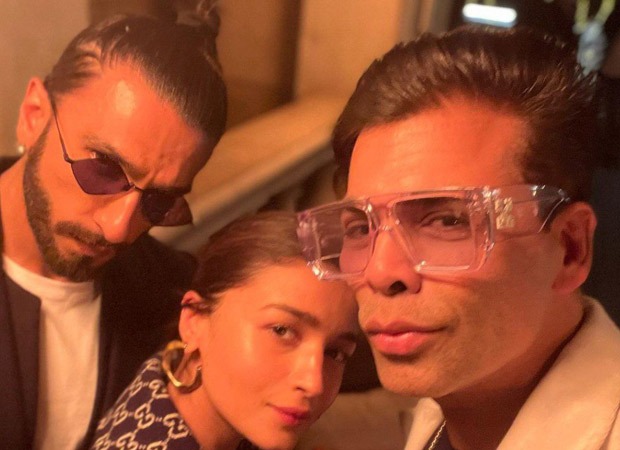 On Friday night, Karan Johar took to his Instagram feed to share a couple of pictures with Alia and Ranveer as the trio headed out for a night out. The trio was all decked up in fashionable winter wear to brave the Delhi winter for their night out.

Sharing the pictures, Karan wrote, "Rocky and Rani on a night out ! #rockyaurranikipremkahani #day56 of shoot !! #delhishenanigans."

As for the film, Rocky Aur Rani Ki Prem Kahani will mark Karan Johar's return to direction after five years, his last being Ae Dil Hai Mushkil. The film will be released in theatres on February 10, 2023. While making the release date announcement, the makers had also shared a video montage of the making of the movie giving a glimpse at the characters and sets of the film.