Amitabh Bachchan hosted quiz show Kaun Banega Crorepati completed its 1000th episode on Friday. To mark the special occasion, for the first time ever, the hot-seat was graced by Amitabh's daughter Shweta Bachchan Nanda and granddaughter Navya Naveli Nanda. Jaya Bachchan, too, joined them via video call briefly. On the show, Bachchan broke down as he revealed why he chose to host the game show back in 2000. 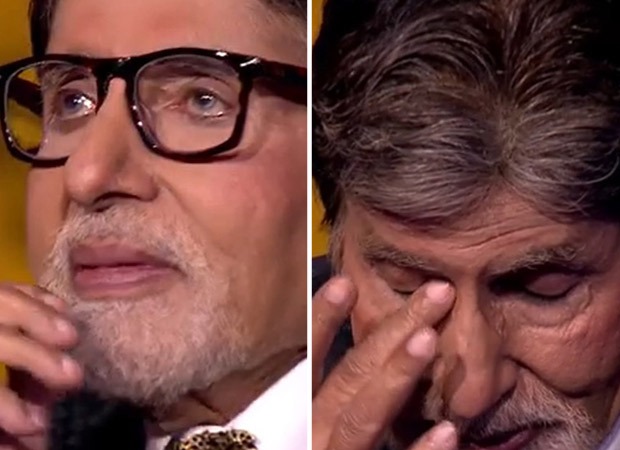 The makers also played a video showing glimpses of the game show from 2000 till date. After the video came to an end, Amitabh was seen getting emotional and wiped away his tears. KBC is currently in its 13th season. Barring season 3, Amitabh has hosted all the seasons of the show. Actor Shah Rukh Khan was the host of season 3.