Last Updated 20.01.2022 | 9:00 PM IST
feedback language
follow us on
Bollywood Hungama » News » Bollywood Features News » EXCLUSIVE: “Dhanush was only inspiring to me,” says Sara Ali Khan on working with Dhanush in Atrangi Re

The promotions of musical romantic drama Atrangi Re are going on with full hustle and bustle. The star cast of the film Sara Ali Khan, Dhanush, and Akshay Kumar have been in and out promoting the film. The film marks Sara Ali Khan's first collaboration with both Aanand L Rai and Dhanush. Talking about her working experience with Dhanush Sara Ali Khan got into an exclusive chat with Bollywood Hungama. 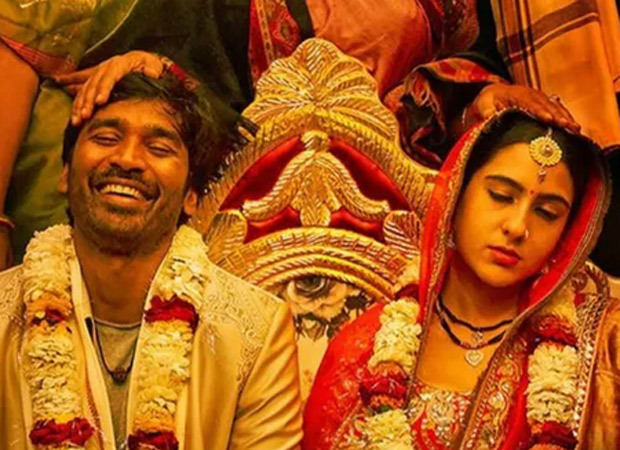 Talking about Dhanush Sara had all praise for him for his helping nature and acting skills. "Dhanush Sir and Aanand Sir have worked together before. So they had a great rapport with each other. Dhanush was only inspiring to me. He was always helpful. He used to tell me that 'I am there for you if you need help' and he actually was there for me throughout. He was inspirational to be around and learn from. I had a great time being around him," said Sara.

Well, the film has also reunited Dhanush and Aanand L. Rai who have earlier worked together in the 2013 love saga Raanjhanaa. The duo is known for sharing a great rapport with each other both professionally and personally. We asked Sara if she found any difficulty matching up to that established rapport. To which Sara replied, "It was not their space, it was our space. It was Aanand Ji's space and his movie. The fact that they know each other before was not the deciding factor. It was like He is Risu and I'm Rinku. That was Aanand Ji's movie and his world, we all had to just fit into that world and we did it beautifully. Unlike I said Anand Ji gave me so much love, so much guidance, and Dhanush gave me so much support and so much inspiration that I don't even know how the film went by."

Produced by T-Series and Color Yellow Productions Atrangi Re is slated for an OTT release on 24th December 2021. The film will be available to watch on Disney+Hotstar.

ALSO READ:EXCLUSIVE: Sara Ali Khan opens up on the challenges she faced while filming ‘Chaka Chak’ in Atrangi Re