Kajol has been the talk of the town for her relatable mommy-avatar in the upcoming film, Helicopter Eela. Directed by Pradeep Sarkar, the film beautifully sketches the journey of a single mother, quite overprotective about her teenage son, played by the National Award-Winner, Riddhi Sen. Owning her absolutely witty self on and off screen, Kajol turned into a complete tease on the sets of the Helicopter Eela and guess who became the scapegoat? It was none other than her reel son, Riddhi who tagged as ‘National Award Winner’ during the entire shoot of the film. 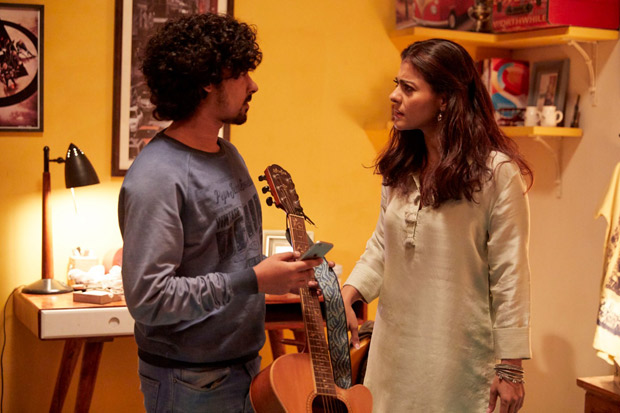 Ridhhi, who was touched by Kajol’s affection and support behind the camera, throws light on the funny instances that took place throughout the schedule. He says, “Kajol ma’am and I developed a strong bond in a very short span of time. She knew I had recently won an award for my work. One day she once addressed me as ‘National Award Winner’ instead of calling my name and in no time, it spread across the entire crew and eventually everybody just copied it. Till date, I am called ‘National Award Winner’ by all of them and this shall stick with me more than forever.”

Helicopter Eela also stars Neha Dhupia in a pivotal role and is all set to shine brightly for its endearing narrative this October. With such funny elements rolling in, we surely can’t wait to watch the film in theatres soon.

Also Read: Kajol or Ajay Devgn: Who is the cooler parent? – Kajol answers this fun question!

Kajol Devgn’s ‘get me outta here’ laugh is…