Bigg Boss 12 makers have always made sure that they amp up the drama level on the show. After last week’s double evictions, the inmates are in for a different kind of surprise this week. So, the ‘prakriya’ for nominations has already started in the house and Jasleen Matharu and Anup Jalota are its first targets. Those wondering what is happening, a bunch of inmates have been given power to ask one of the partner from the Jodis group to save the other after completing a task. Now it is not as simple as it looks because Dipika Kakar gave an ultimate task to Jasleen Matharu to save her boyfriend Anup Jalota. Well she was asked to give away ALL her make-up and clothes in order to save him from nominations. She is seen pondering upon this and Anup is tied to a chair. Later Anup is seen asking this question to Jasleen that she can’t even do this for him? Jasleen is seen breaking down on the show. Watch the drama here: 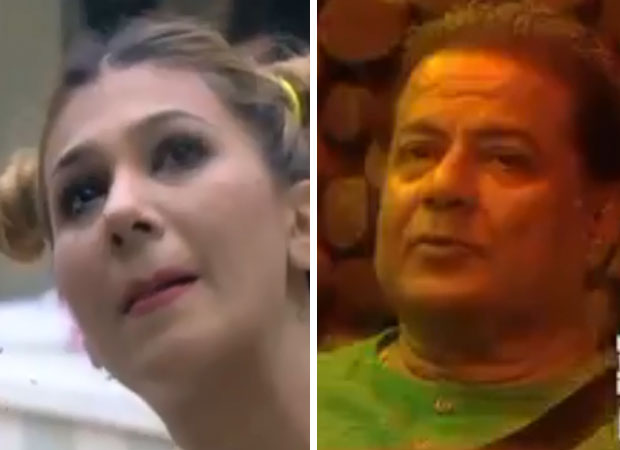 There is an ongoing debate amongst people who claim that Jasleen will do anything to save Anup Jalota because theirs is a ‘true love’. Well, only time will tell but despite all this it is very evident that this week’s nominations will be interesting. There is a wildcard entry in the house too. Romil re-entered in the house with Surbhi Rana so it will be interesting to see how she is welcomed in the house. Catch all the drama right here.