I still remember the mood before Ranveer Singh’s debut film Band Baaja Baaraat released on December 10, 2010. There was negligible hype around this film, pre-release. The opening also was poor. I went for the first day, third show at Mumbai’s Gaiety-Galaxy and surprisingly, it was empty, which is very unusual for this Cineplex on a Friday. My expectations were limited but I was pleasantly surprised, not just by the film but by Ranveer as well! It became evident that he’s a star in the making. 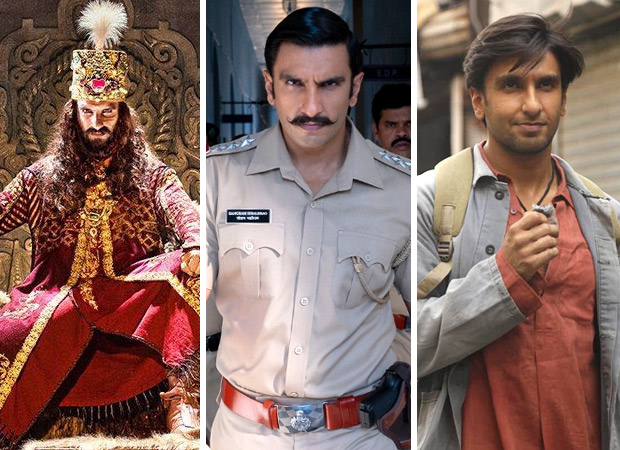 Post Band Baaja Baaraat, the next couple of years weren’t that exciting for this actor who turns 34 today. Ladies vs Ricky Bahl didn’t meet expectations while Lootera was a fine piece of cinema but a commercial flop. Things went on a high for him from November 2013 as Sanjay Leela Bhansali signed him for Goliyon Ki Raasleela: Ram-leela. From here, there was no looking back. He still gave flops like Kill Dil and an underperformer in the form of Befikre, but his other films like Gunday, Dil Dhadakne Do and Bajirao Mastani were huge successes.

In the last 1 ½ years however, Ranveer Singh gave three back-to-back super hits and this made him a force to reckon with. In January 2018, his third film with Sanjay Leela Bhansali, Padmaavat, finally released amidst controversies. Despite releasing in four major states, it earned Rs. 302.15 crore, an insane number. Ranveer Singh played the antagonist and received lot of accolades.

In his next film, Simmba, Ranveer Singh played a large-hearted and tough cop. This Rohit Shetty actioner released in the last week of 2018 and collected Rs. 240.31 crore. Yet again, the film was majorly loved for Ranveer’s over-the-top act and it suited him very well.

In less than two months after Simmba, Ranveer Singh was seen in a drastically different role in Gully Boy. Directed by Zoya Akhtar, it was in a slightly niche space. But the film had entertainment in abundance. Ranveer was at his best as the slum rapper and his chemistry with Alia Bhatt is electrifying. Despite not being a massy fare, it managed to nett Rs. 140.25 crore.

So as one can see, in less than 1 ½ years, Ranveer Singh acted in three films, all of which were huge commercial successes. In other words, in just 14 months, his films managed to bring Rs. 682.71 crore! This is an incredible feat and no other contemporary actor comes even close to this unbelievable figure. Other young actors like Tiger Shroff, Varun Dhawan, Ayushmann Khurrana etc. have given huge grossers but they haven’t had such kind of a hat trick. Akshay Kumar has also given many back-to-back hits but they weren’t blockbusters and never went beyond the Rs. 150 crore figure. The exception is Vicky Kaushal who between May 2018 and March 2019, was seen in a Rs. 100 crore grosser (Raazi), a Rs. 200 crore grosser (Uri – The Surgical Strike) and a Rs. 300 crore grosser (Sanju). But in Raazi and Sanju, he was not the lead and hence, these films didn’t earn so much because of him. Moreover, in between, his track record got affected due to the underperformance of Manmarziyaan. 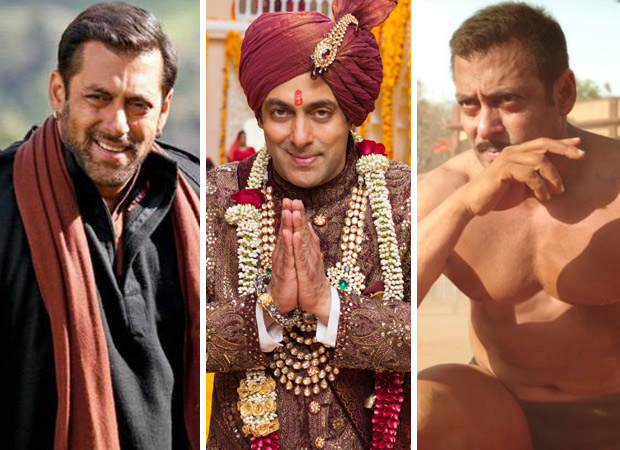 The only other superstar with a feat like Ranveer Singh’s is Salman Khan. In around 13 months (July 2015 to August 2016), he was seen in triple successful films – Bajrangi Bhaijaan (Rs. 320.34 crore), Prem Ratan Dhan Payo (Rs. 210.16 crore) and Sultan (Rs. 300.45 crore). The total comes to a mind-boggling Rs. 830.95 crore. Aamir Khan went one step further and with Dhoom 3, PK and Dangal, he earned close to Rs. 1000 crore. But these films came over a period of three years with there being a two-year gap between PK and Dangal. Salman Khan and Ranveer Singh meanwhile achieved this feat in just over a year’s period.

And that’s not all. The track record of Ranveer Singh is all set to receive a further boost. His upcoming film is ’83, based on India’s victory in the 1983 World Cup. If all goes well, it can dethrone Dangal and emerge as the biggest sports film of India. His other films like Jayeshbhai Jordaar and Takht also seem like potential hits. In other words, sky is the limit for this immensely talented and entertaining actor!