It is a known fact that Sara Ali Khan and Kartik Aaryan recently wrapped up their much talked about Love, Aaj Kal style love story directed by Imtiaz Ali. While the actress also has Coolie No. 1 remake in the pipeline, it seems that she decided to spend some quality time with her near and dear ones before diving into her next project. The actress has taken off to London along with her actress-mother Amrita Singh and the two girls are catching up on their mother-daughter time amidst their hectic schedules. Sara, being quite active on Instagram, decided to give a sneak peek of her break! 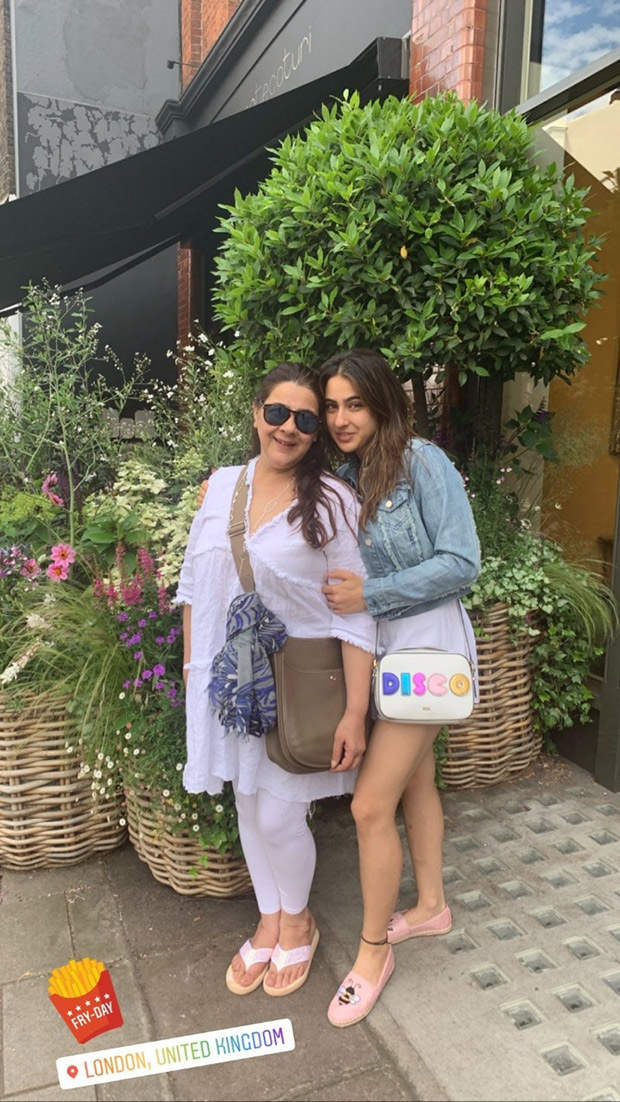 Sara Ali Khan and Amrita Singh are spending some quality time together in the Queen’s city. From visiting the famous Laduree café to enjoying the Friday in The Savoy theatre, Sara shared some of her London shenanigans on her Instagram story. She was seen wearing a casual yet trendy outfit and it was her ‘disco’ bag that grabbed some attention! 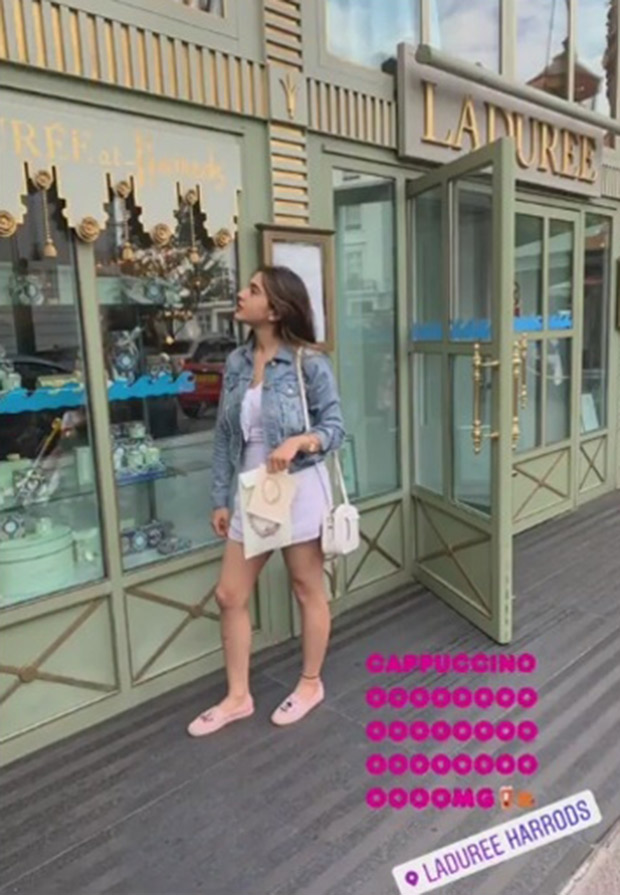 On the work front, Sara Ali Khan and Kartik Aaryan are coming together for the first time in the Imtiaz Ali film that is touted to be a sequel to Love, Aaj Kal. While the film is yet to be titled, the makers have already showed us several glimpses of the same! On the other hand, Sara will also be seen alongside Varun Dhawan as they will return as the new age Karisma Kapoor and Govinda in Coolie No. 1 remake, directed by David Dhawan.

Also Read: This picture of Kartik Aaryan and Sara Ali Khan from Aaj Kal’s reading will leave you gushing over them!