Filmmaker Shoojit Sircar's quirky dramedy Gulabo Sitabo has already got the country buzzing with its charmingly funny trailer and hilarious battle of wits between legendary thespian Amitabh Bachchan and Ayushmann Khurrana, set to premiere on Amazon Prime Video on 12th June. With anticipatory comments ranging from the unique story to the onscreen face-off, one aspect that stood out has been Amitabh Bachchan's extraordinary look and demeanor in the film! 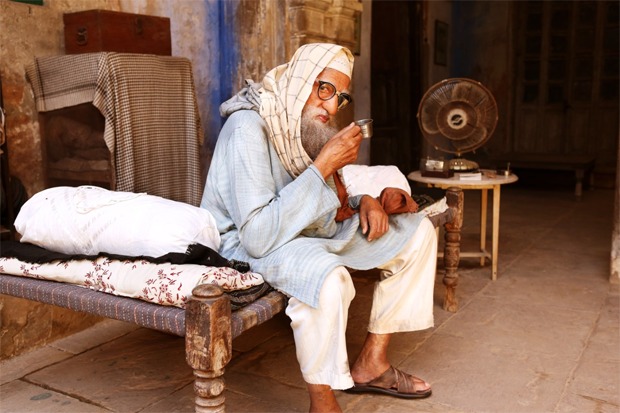 With a long beard, old school spectacles, a headscarf, and a prosthetically-pronounced nose, Bachchan looks absolutely unrecognizable, and his signature baritone too has been replaced with a Lucknowi twang to it! The required makeup and character's look reportedly took a couple of hours each day to perfect, and we hear that megastar's disguise was so spot on, it gave him free rein to roam the streets of Lucknow, obscure as a normal tourist just like any of us!

The superstar would often walk around the quaint bylines where the film was shot, during his breaks and post-shoot, mingling with the locals, and experiencing the famed Lucknowi hospitality first hand! And none was the wiser, as the local people had no clue they were interacting with Amitabh Bachchan! 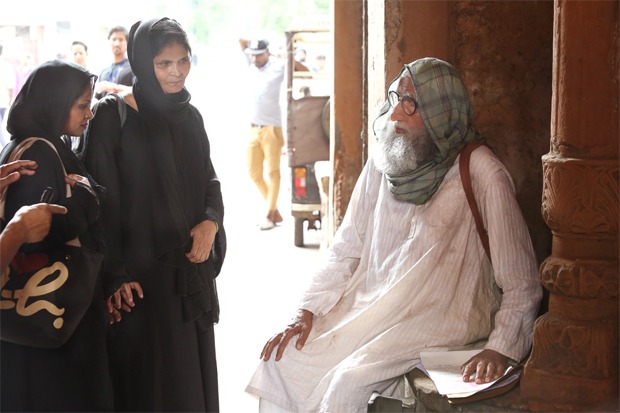 Says Director Shoojit Sircar, "As we wanted every scene to be absolutely authentic and real, there were many shots situated in the absolute heart and congested streets of Hazratgang and Chowk, it is quite unbelievable to contemplate shooting scenes there! We used to shoot in the tiny charming alleys and gully of old Lucknow....we would get ready...and try to finish the shoots within an hour or so, so as not to draw too many crowds in the small lanes. Very few people realized what was happening and mostly nobody recognized Mr Bachchan, which was our aim. I did not want him to look like Amitabh Bachchan in the film, I wanted him to look and sound like Mirza, and that was what we achieved. Yes, after our shoots wrapped, he would often stroll around in the bylanes, chatting with the local people and experience the city, with nobody recognizing who he was!"

Gulabo Sitabo is a unique slice-of-life dramedy where Mirza and Baankey, much like Tom and Jerry are unique and unmatched, friend and foe, naughty and smart, little and large – all things required to produce chaos.

A Rising Sun Films production, Gulabo Sitabo is directed by Shoojit Sircar, written by Juhi Chaturvedi and produced by Ronnie Lahiri and Sheel Kumar. The movie will premiere exclusively on Amazon Prime Video on June 12, 2020 in more than 200 countries and territories.

ALSO READ: From providing essential supplies to healthcare kits, here’s how Amitabh Bachchan has been helping people during lockdown