Movie Review: Amitabh Bachchan and Ayushmann Khurrana starrer GULABO SITABO is a decent entertainer despite the lack of humour and an average script.

The Coronavirus-induced lockdown has led to closure of cinemas. Since last three months, not a single star-studded film has released. But finally, GULABO SITABO is all set to be streamed on a digital platform from today and this flick has been noticed thanks to the pairing of Ayushmann Khurrana and Amitabh Bachchan. Moreover, it’s helmed by Shoojit Sircar, who has given memorable films like VICKY DONOR [2012] and PIKU [2015] with both the actors respectively. So does GULABO SITABO manage to be as memorable as the aforementioned films? Or does it fail to entice? Let’s analyse. 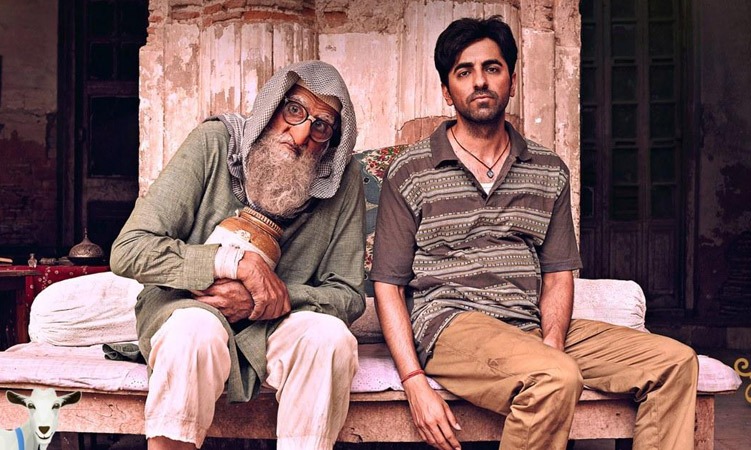 GULABO SITABO is the story of the rivalry between a tenant and a landlord. Mirza Chunnan Nawab (Amitabh Bachchan), 78, is married to Fatima Begum (Farrukh Jafar), who is nearly 17 years older to him. Begum owns more-than-a-century-old palatial mansion called Fatima Mahal in Lucknow, where she resides. But since she is quite old and also a bit delusional, Mirza takes care of the haveli. A part of Fatima Mahal is given to tenants, one of whom is Baankey Rastogi (Ayushmann Khurrana). Baankey’s family has been residing in the haveli as tenants since ages and Mirza now wants to drive Baankey and his family out since they are paying merely Rs. 30 as monthly rent. Mirza’s demand to increase the rent always meets with a stiff resistance from Baankey, further infuriating the former. In the absence of finances, Mirza is not even able to renovate the haveli and it’s in a completely dilapidated condition. The condition is so bad that a mere kick of Baankey leads to breaking of a toilet wall. Mirza demands that Baankey pay for the damages while Baankey makes it clear that maintenance is the responsibility of the landlord. The matter reaches the cops who tell them to take this dispute to civil court. At the police station, Gyanesh Shukla (Vijay Raaz) from the archaeology department overhears their commotion. He follows them and realizes that Fatima Mahal is a heritage property. He starts to click pictures secretly but Baankey catches him red-handed. Gyanesh however tells him and other tenants that the haveli is of heritage value and can also collapse anytime. He recommends that they allow Fatima Mahal to be handed over to their department who’ll then renovate it and convert it into a museum. In return, he’ll give them a decent-sized flat with all amenities. Mirza, on the other hand, meets a lawyer, Christopher Clarke (Brijendra Kala) who suggests that the former should sell off the mansion to solve the problems of the tenants once and for all. In the bargain, he’ll also get a handsome amount. However, it is Begum who owns the property and moreover, her siblings might also have ownership. As a result, Mirza sets off to find out who all from Begum’s side are alive and if they can give him a No-Objection Certificate over selling the mansion. What happens next forms the rest of the film.

Juhi Chaturvedi's story is promising and novel. We have read and seen films about horrors faced by tenants. But landlord being unfairly harassed is also a reality and this is a rare film to focus on that aspect. Juhi Chaturvedi's screenplay, however, doesn’t do complete justice to the concept. The film is laced with some interesting characters and setting and so much could have been done with them. Juhi, however, lets the opportunity pass. Juhi Chaturvedi's dialogues are conversational and simple, with few of them being quite sharp and witty.

Shoojit Sircar's direction is decent. He had a weak script in hand and hence, there isn’t much he could have done anyway. However, we have seen the charm of his execution in films like VICKY DONOR and PIKU. GULABO SITABO, too, is in the same zone but his direction leaves a lot to be desired. On the positive side, he captures the essence of Lucknow beautifully. On the big screen, experiencing it would have been interesting. He also extracts great performances from his actors. On the flipside, the humour is missing and it would have made a lot of difference. Also, a few developments are bewildering and this is especially with regards to the character of Mirza. On one hand, he’s supposed to be quite smart and money-minded, which made him marry Begum in the first place. But on the other hand, he’s also quite simpleton who didn’t even know the proper worth of the items he used to sell and even of the haveli in which he has been residing since many decades.

GULABO SITABO starts off on a decent note, introducing the characters (including the mansion), the relevance of the title and the world in which they reside. The background score and even the situations give the vibe of a comic caper but there are hardly any funny moments in the movie. It’s only when Mirza wakes up in the middle of street is when the film actually and finally gets a laugh-worthy sequence. Things thankfully get better from here as Gyanesh Shukla and Christopher Clarke get introduced and it adds a lot to the game of one upmanship between Mirza and Baankey. Though the film keeps one glued, one does miss something exciting or even funny to happen with the characters. That happens only in the last 10-15 minutes. The twist in the tale is definitely unpredictable and though it’s not entirely unconvincing, it ends the film on a great note. 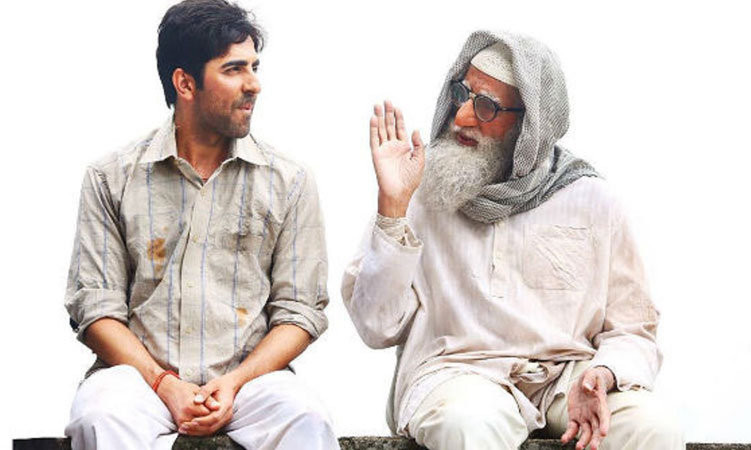 Amitabh Bachchan delivers a smashing performance. His make-up is spot-on and the manner in which he gets totally into the skin of his character is seen to be believed. He makes an impact just through his expressions. In this regard, two scenes which really stand out are when he wakes up on the road and when he looks inquisitively as Vijay Raaz inspects the mansion. Ayushmann Khurrana also is quite entertaining but his screen time is less than that of Amitabh. This is the second consecutive time that Ayushmann has settled for an extended supporting role, after SHUBH MANGAL ZYADA SAAVDHAN [2020]. Farrukh Jafar has a significant role and leaves a huge mark. She in fact rocks the show in two key sequences in the second half. Vijay Raaz and Brijendra Kala are dependable as always. Srishti Shrivastava (Guddo) is quite confident. Others like Poornima Sharma (Fauzia), Annanya Dwivedi (Neetu), Ujali Raj (Payal), Sunil Kumar Verma (Mishra ji), Jogi Mallang (Munmun ji), Rajiv Pandey (Police inspector) and Behram Rana (Abdul Rehman) also do well.

Shantanu Moitra, Abhishek Arora and Anuj Garg's music doesn’t have a shelf life. The theme music is catchy and works well. 'Madari Ka Bandar' is another song that in sync with the film’s theme. The rest of the songs like 'Kuya Leke Aayo Jagme', 'Kanjoos', 'Budhau' etc aren’t memorable at all. Background score is quirky and much better.

Avik Mukhopadhayay's cinematography is excellent and captures Lucknow and especially the dilapidated mansion beautifully. Mansi Dhruv Mehta's production design also adds a lot to the realism of the film. Same goes for Veera Kapur Ee's costumes. None of the characters even remotely look glamorous and that goes in favour of the film. Pia Cornelius's prosthetics make-up design is excellent and adds to the impact. Chandrashekhar Prajapati's editing is passable. Though the film is just 124 minutes long, it seems quite slow.

On the whole, GULABO SITABO is a decent entertainer for home viewing. Despite the lack of humour and an average script, the film works majorly because of the performances, the Lucknow setting and the twist in the end.

How much would have Dil Bechara, Gulabo Sitabo, Gunjan Saxena and Shakuntala Devi earned at the box office? Trade gives its verdict

Amitabh Bachchan watches Gulabo Sitabo with his family, experiences watching a film together for first time