Maine Pyar Kiya released back in 1989. The film, starring Salman Khan and Bhagyashree, went onto become a superhit as the two of them became the hit jodi. Even today, fans reminisce about the film and remember them as one of the most iconic pairs of all time. 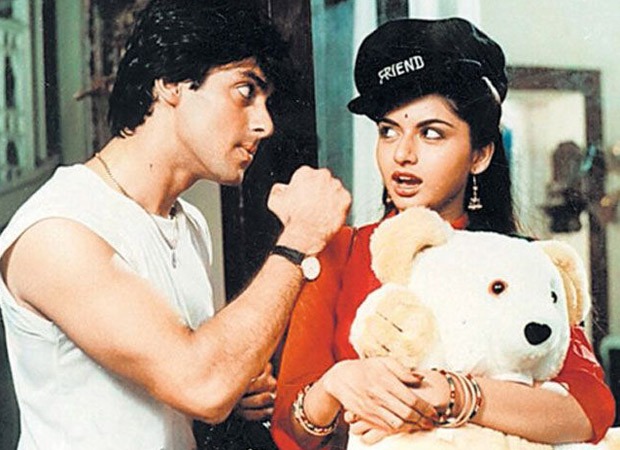 Speaking to Deccan Chronicle recently, Bhagyashree spilled the beans about the film and working with Salman Khan. She revealed, "There was a very popular photographer back then, who is no more. He wanted to take some not-so-complimentary photographs of Salman and me some sort of "hot" photographs. So, he took Salman aside and told him, 'Main jab camera set up karunga (When I set up the camera), you just catch her and smooch her.'"

She further went onto say, "All of us were new-comers and this photographer thought he had the liberty to do something like that. Back then, smooching scenes were not prevalent. I don't think he or Salman knew that I was standing by very close and could hear every word. For a second, I remained shocked, but just then, I heard Salman say, 'I am not going to do anything of that sort. If you want any pose like that, you need to ask Bhagyashree.' I really respected Salman's response, and that's when I realized I was among safe people."

After Maine Pyar Kiya, Bhagyashree left the industry until a few years ago she made her comeback. Speaking of a possible sequel, the actress said that some films should remain cult films and one should not touch them. She said that she was privileged to work with Sooraj Barjatya.

ALSO READ: Salman Khan's Chulbul Pandey to be back in an animated avatar