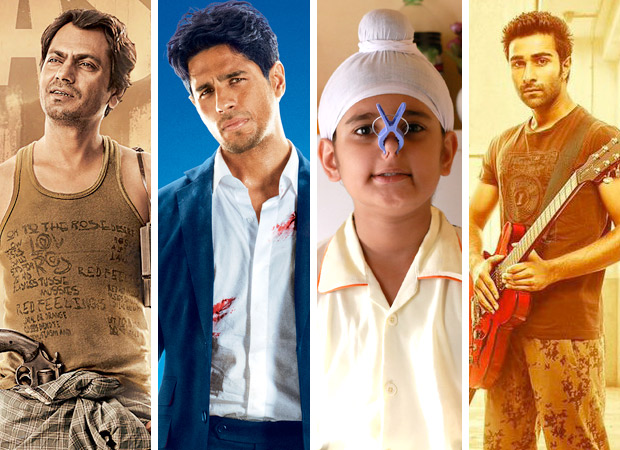 Crowded Fridays are no longer an isolated occurrence. We frequently face a flurry of releases on Friday. But the coming Friday unleashes a seldom-witnessed fury, with four very interesting Hindi films and two Hollywood biggies The Hitman’s Bodyguard and The Dark Tower, vying for attention.

While the talented Seema Kapoor who is the late Om Puri’s wife has decided to take her directorial debut Mr Kabaadi to a later date, September 8, the others are determined to weather the storm come what may.

Leading this week’s gallery of eyeball grabbers are two bandook wallahs belonging to very different breeds of violence. Nawazuddin Siddiqui in Kushan Nandy’s Babumoshai Bandookbaaz culturally and geo-politically is far removed from Sidharth Malhotra’s gun-slinging super-slicker in A Gentleman. But at the end of the day they are both trigger-happy heroes romancing sexy women, shooting down the baddies and revving up that highway in fast-flying automobiles.

A Gentleman’s co-director Raj Nidimoru sighs, “Our producers Fox-Star had announced this date (August 25) long back. There were no other films scheduled for that Friday when we announced A Gentleman. By and by, the others also came in for this Friday. I feel the other films that are releasing this week are in a completely different zone. I think every film will have its own audience. No film gets an all-clear solo release these days.”

Ajit Thakur, who produces this week’s third major release Sniff on behalf of Eros International feels the choices for producers to release their films, has narrowed down markedly. “We have to release our film along with others in the hope that the unique content - Sniff is about a child detective - will be its USP.”

Aadar Jain who gets his big launch this Friday in Yash Raj films’ Qaidi Band expresses helplessness at the clutter of releases. “It’s not up to me to decide the release date. I think Yash Raj Films  would be better able to explain the release strategy.”

Explains trade analyst Atul Mohan, “We had three back-to-back big-budgeted films, Mubarakan, Jab Harry Met Sejal and Toilet - Ek Prem Katha. Usually when one big film releases, the subsequent week is avoided by smaller films. But this time we had three biggies in a row which resulted in this pile. We have only 52 weeks to accommodate every film. We also have festive season beginning this week to be followed by Shraadh when releases are avoided which will take away 2 weeks. So the mad rush.”