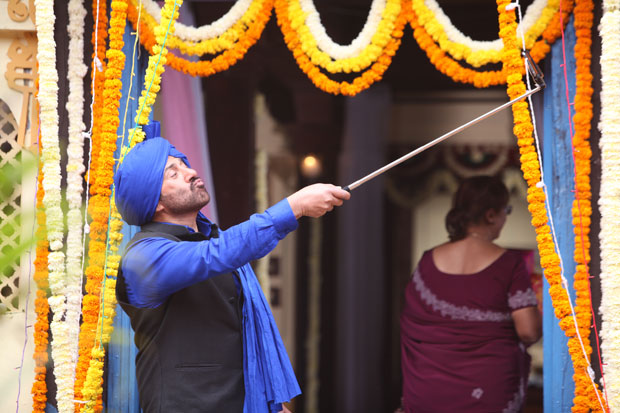 Sunny Deol has been a rather reclusive actor, with limited appearances on the multiple red carpet events that happen or for that matter at parties organized by friends from the industry, Sunny has seldom been seen. However, for his next venture we hear that Sunny Deol plays a selfie addict.

In fact, in Poster Boys, which is directed by Shreyas Talpade, Sunny Deol plays the character of a tech savvy person in who is addicted to taking selfies. Not surprisingly we hear that though in real life too Sunny is pretty tech savvy, he found it a bit awkward to constantly be clicking selfies as for him it's something he totally new.

If that wasn’t all, to add to the discomfort, his brother Bobby Deol who will also be seen in the movie, would chuckle seeing his pouting lips, making the entire set burst up with laughter as they got to see the shy and reserved Sunny in a very different avatar. Sunny would let out a roar whenever he had to enact the scene before disappearing into the vanity van.