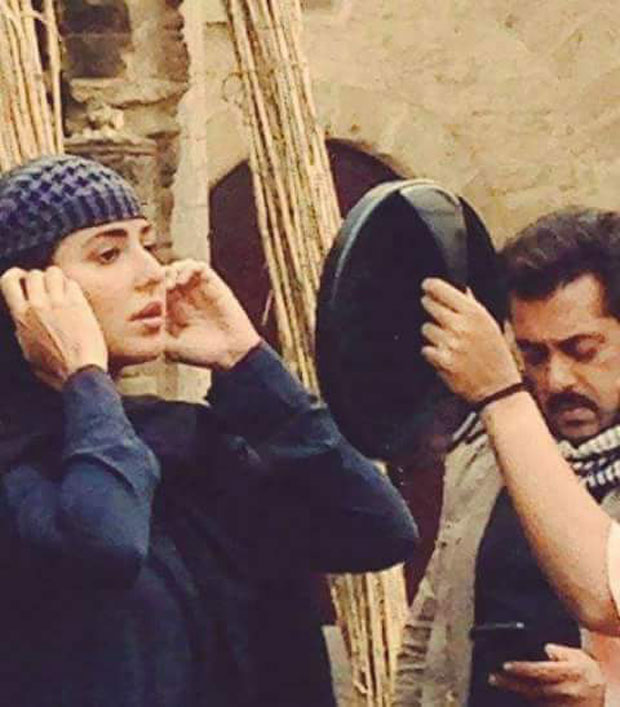 Salman Khan and Katrina Kaif are currently busy shooting for their forthcoming action drama, Tiger Zinda Hai in Abu Dhabi. They are currently on the last schedule and leaving no stone unturned in the making of this sequel.

While the fans are impatiently waiting for the film, many photographs from the sets of the film have surfaced on social media platforms. We have previously shared many of them but we now have come across a new photograph of Salman Khan and Katrina Kaif. In this behind the scenes photograph, Salman Khan is engrossed in his phone whereas Katrina Kaif is fixing her hijab. They are both donning their specific looks from the film which will remind you of the prequel, Ek Tha Tiger.

Directed by Ali Abbas Zafar, Tiger Zinda Hai reunites Salman Khan with Katrina Kaif after five years. The film is a sequel to Ek Tha Tiger which was helmed by Kabir Khan. It is scheduled to release on December 22, 2017.