Last Updated 30.11.2021 | 2:40 PM IST
feedback language
follow us on
Bollywood Hungama » News » Bollywood Features News » “Farah took care of me like a mother, and I felt that maternal love, since then I started calling her mumma”- Geeta Kapur

Even as the pandemic continued to cast its shadow of stress, Zee TV attempted to lighten up the country's collective mood by offering its viewers an escape from all the stress via the route of rib-tickling comedy through its popular reality show, Zee Comedy Show. While the show has helped every Indian family unwind on their couch with some of India's top comedians making them LOL their stress away, this weekend, the show is all set to have its Grand Finale. For the same, we will see ace choreographer Geeta Kapur grace the show and entertain us with some interesting anecdotes. While her charming personality and her killer dance moves are all set to mesmerise the audience, it will be the ten comedians of Zee Comedy Show who will come together as Team Hasaayenge to make each one of us laugh out loud, one last time. 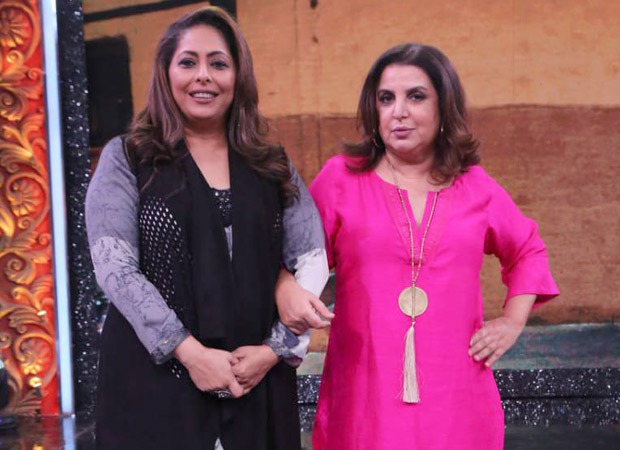 While the hilarious acts put up by all the comedians coupled with the witty reactions and comments of our Laughing Buddha Farah Khan left everyone in splits during the shoot, it was Geeta Kapur and Farah Khan’s camaraderie and bond that caught everyone’s attention. We all know how Geeta calls Farah her mother, but none of us know the exact reason why she calls her ‘mumma’ and which incident made her feel the motherly connection. During the Baba Ka DarBar act where Dr. Sanket Bhosale as Sanjay Dutt hosted Geeta and Farah on his chat show, the comedian finally asked Geeta the real reason she calls her ‘mumma.’ While she finally revealed the real reason, Farah also mentioned how Geeta’s habit actually left her embarrassed at the airport once.

Geeta Kapur mentioned, “Whenever I used to go for any work, shoot or event, my mother used to travel with me. However, after I started working with her (Farah Khan), we had to travel abroad a lot and my mother couldn’t travel with me at that time. But Farah took care of me like a mother and I felt that maternal love and protection, since then I started calling her ‘mumma’ from my heart.”

Farah Khan also added, “At that time, Geeta and I were hot and happening, so whenever she used to call me mumma, we would see hilarious reactions. In fact, one time, at the airport, I was looking very pretty wearing these denim shorts and top. But she came in screaming ‘mummy, mummy’ from behind, leaving everyone shocked. An airhostess even came up and told me ‘You’re too young to be a mother to such a big woman.’ It was embarrassing. But Geeta is like my daughter, we share a wonderful bond and it’ll be the same for life.”