Shruti Haasan is juggling work between Bollywood, South cinema, her singing career among others. While she does fewer movies in Bollywood, the actress is quite famous in South cinema. Shruti recently spoke to Bollywood Hungama about her upcoming ventures, films and much more. 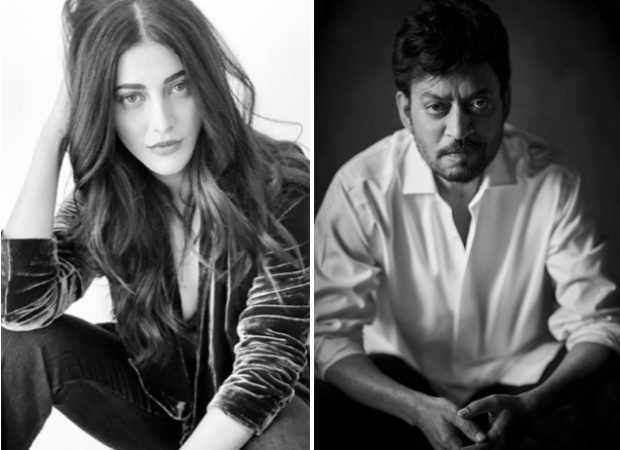 In an EXCLUSIVE interview with Bollywood Hungama, the actress was asked which actor from Bollywood she would like to work with. She said, "Irrfan Khan because I did work with him but I had no scenes with him. I was trying to tell the director like 'Can we cross paths on road by mistake? But, yeah... it didn't happen!" She further said, "He is my favourite actor." Irrfan Khan and Shruti Haasan had worked together in 2013 film, D-Day earlier but didn't have any scenes together.

Meanwhile, on the work front, Shruti Haasan will be making her comeback in Telugu film Industry starring alongside superstar, Ravi Teja. The film will be helmed by Gopichand Malineni. In Kollywood, Shruti will be seen sharing the screen space with Vijay Sethupathi.