Shruti Haasan is a busy lady. The actress juggles work between her singing, acting career down South and in Bollywood. While her stint Bollywood is limited, the actress is quite famous in South cinema. Shruti recently spoke to Bollywood Hungama about her upcoming ventures, films and much more. 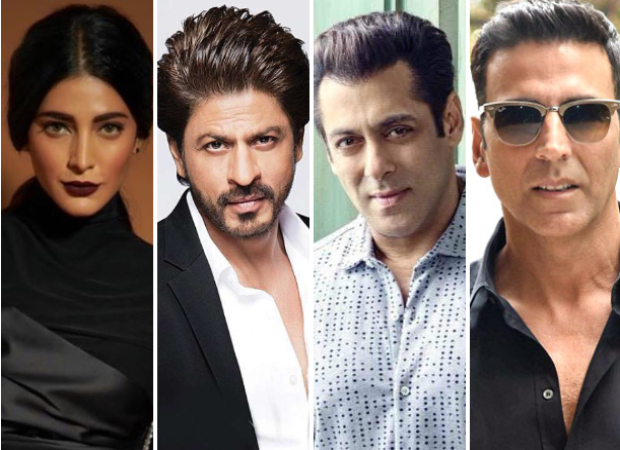 This was followed by the question she would like to ask Shah Rukh Khan and she had a huge smile on her face. She asked, "How are you so lovely all the time?"

The actress would also like to ask Salman Khan about his career. "How did you transition through the various phases in your career? Because his career has been really interesting." Lastly, she would like to ask Deepika Padukone, "How do you stay so skinny?"

Meanwhile, on the work front, Shruti Haasan is making her comeback in Telugu film Industry starring alongside Ravi Teja. The film will be helmed by Gopichand Malineni. In Kollywood, Shruti will be seen sharing the screen space with Vijay Sethupathi.