Salman Khan and Katrina Kaif are all set to enthrall us with their chemistry in Bharat and well, we are so so excited this Eid to see them together. Salman and Sunil are working together for the first time on a big screen and promos of their scenes together have already created ripples amongst the masses. 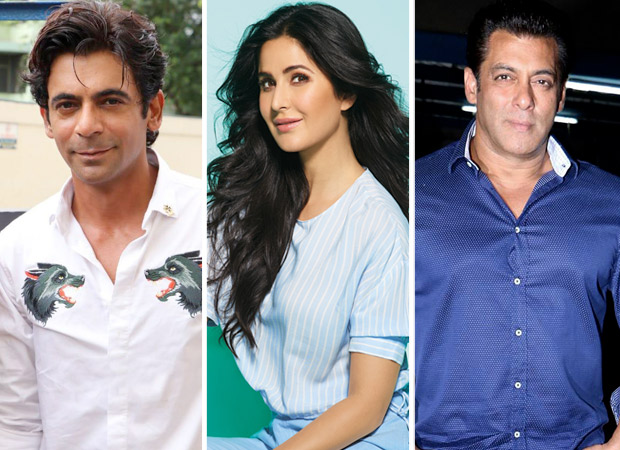 EXCLUSIVE: When Sunil Grover got SLAPPED by Katrina Kaif and Salman Khan could not stop laughing (watch video)

While exclusively talking about one such scene Sunil Grover told Bollywood Hungama that he and Salman enjoyed one scene particularly. It is a portion when his character Vilayayti gets slapped by Madam Sir Katrina Kaif. On that particular scene, Salman could not stop laughing because Kat hit Sunil so hard.

Describing the incident from the sets Sunil recalled, “Mere character ka nam Vilayayti hai..Mai ungli marke check karta hoon madam sir hai kya..Kumud thappad marti hai… Uske dauran meri hasi choot rahi thi..pehli baar thaapd ka awaj jyaada aya…bahot muskhil se shoot hua tha (My character’s name is Vilayayti and I had to poke finger and check if Katrina Kaif is infact Madam Sir. While shooting this scene I could not control my laughter. Because first time, she hit me so hard that the voice echoed and Salman started laughing. We shot for this scene after much struggle.”)

Ali Abbas Zafar’s reaction to this as described by Sunil was, “Karlo… maje karte rahoge ya scene bhi karlo (Will you just keep laughing or even do a scene for a bit?)”