Watching a film at IMAX is an all-together different experience. The format enables the viewers to experience the film on the largest possible screen. The major difference between IMAX and regular format is the image size and sound quality. Not just do the viewers get to experience the film on a larger screen, but they also get to see upto 40% of additional image. Watching a film at IMAX draws the audience closer to reality and it an unforgettable experience. While a lot of film-makers from the West often look forward to shoot the film using a camera specially made for the IMAX format, India is still in tender stage to explore this format. 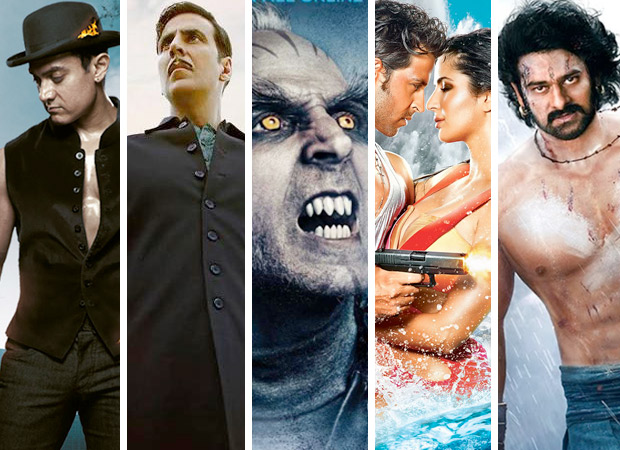 As the makers of Gold announced recently that the film would be released in Digital 2D and Digital IMAX Format, here’s a look at the films that released/are about to release in the IMAX:

Dhoom 3 was the first Hindi film that released in the IMAX format. Being a larger than life action entertainer, Aamir Khan and the team at YRF decided to provide a different experience to the audience for which they digitally remastered the film in IMAX. Action is a genre which people usually prefer to watch on biggest possible film, and according to the trade sources, Dhoom 3 did phenomenal biz at the IMAX properties. It was after Dhoom 3 that Bollywood realised the potential of this format and on the other hand, IMAX realised the potential of such properties in the Indian market.

Bang Bang was the second Hindi film that released in the IMAX format. The action entertainer starring Hrithik Roshan and Katrina Kaif in lead was digitally converted into the suitable format so as to give the audience a larger than life experience. The theatrical trailer as well as teaser of the film was riding on some never seen before action sequences, and the genre made the film ideal for an IMAX release.

Baahubali: The Conclusion was one of the biggest events of Indian cinema, and to make the experience of people even better, the makers announced an IMAX release for the film. And what next? Due to limited supply and humongous demand, the IMAX properties were sold out for the entire weekend well in advance. A lot of Indian’s experience IMAX for the first time with Baahubali: The Conclusion. Just like the above-mentioned films, even this one was digitally remastered and not shot using an IMAX camera.

While the above mentioned 3 films released in IMAX 2D format, Padmaavat became the first Indian film to see a release in the IMAX 3D format. The Sanjay Leela Bhansali directorial, starring Deepika Padukone, Ranveer Singh and Shahid Kapoor in lead was surrounded by a lot of controversies, however despite that people didn’t mind spending a bomb to experience the film in IMAX. It was a humongous success and yet again showed that people don’t mind spending a huge chunk of money for a different experience if the film has the right content.

Just a day back, Akshay Kumar and Excel Entertainment announced that Gold has been digitally remastered in the IMAX format to enable the audience experience Independent India’s victory on a bigger screen. Just like action, sport is another event that gets better with bigger screen and better sound. And Gold is just an effort to put forth a message of making more and more films for the bigger format.

Thugs of Hindostan is said to be India’s answer to Hollywood classic, Pirate of the Caribbean. The film starring Aamir Khan, Amitabh Bachchan, Katrina Kaif and Fatima Sana Shaikh in lead is the costliest Bollywood film, and the makers want the viewers to experience the grandeur in the IMAX format this Diwali. The film has everything to offer – right from the larger than life action to the grand sets.

The Rajinikanth - Akshay Kumar starrer 2.0 which promises to be an action extravanga is yet another film that is being Digitally Remastered to the IMAX 3D format. With this the makers of the film are looking to take the audience closer to the world of robots. The film starring Rajinikanth and Akshay Kumar in lead is slated to release on 29th November 2018.

There are 17 IMAX cinema halls in India, and the same would contribute approximately Rs 55 Lakh to 65 Lakh towards the single day biz of a film.