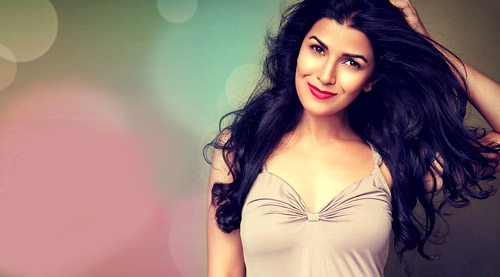 At the just-concluded BAFTA awards David Beckham almost tripped over our own Nimrat Kaur's beautiful gown.


It was an oops moment that Nimrat will cherish forever, just like The Lunchbox.


Ritesh Batra's The Lunchbox continues to do us proud the world over. Its leading lady Nimrat Kaur returned from the prestigious British Academy Of Film & Television Art (BAFTA) awards in London without winning an award, but nonetheless triumphant.


Says Nimrat, "Just being there nominated in the 'Best Film Not In The English language' category was an honour. I'd agree with Irrfan Khan when he says just being nominated was the award."


Nimrat and the whole The Lunchbox team was aware that chances of winning were slim. "We have been journeying with The Lunchbox for more than a year now. It's a miracle that we were nominated for the BAFTA this year. We knew Ida and Leviathan were extremely strong contenders. So for us The Lunchbox team, just being there at one of the most prestigious awards functions in the world was reward enough."


Nimrat says she loved reuniting with the film's team, director Ritesh Batra, and producers Guneet Monga and Arun Rangachari who had accompanied the film to BAFTA.


"Every time we come together to celebrate The Lunchbox it's like the first time," says Nimrat who recently walked the red carpet in Los Angeles for the Screen Actors' Guild Awards (SAGA).


Now it was the BAFTA in London.


Sighs Nirmat, "At the Screen Guild awards I came face-to-face with my childhood idols Meryl Streep and Julia Roberts. At BAFTA I was looking at an august gathering that included Stephen Hawking. I was gawking."


Backstage she ran into Ethan Hawk....again. "We had met at the Screen Guilds awards. Now he was like, 'Oh you're here!' I also met Monica Belluci and Lea Seydoux (the actress from Blue Is The Warmest Colour)."


Most memorable of all, Nimrat got to give away two prestigious awards on stage. 'Yes! I was asked to give away the awards for best music score and best documentary."


While waiting backstage for her turn to give away the awards she ran into football legend David Beckham.


Recounting the memorable encounter Nimrat says, "He was standing with me backstage to give away awards. We stuck up a conversation. I was disarmed by his nervousness about going on stage. Put this football champ on the field and he's confident. But the idea of going on stage was giving him the jitters."


In his nervousness Beckham stepped on Nirmat's stunning gown and nearly tripped over. "Yes, David Beckham did step on my gown. I guess the dubious honour of having the football legend trip on my dress must go to me."


Nimrat is now back in Mumbai ready to start shooting for the new Akshay Kumar starrer Airlift. "It's my first encounter with a mainstream film. I've been patiently waiting for the right vehicle to launch myself in Hindi films. I haven't been able to concentrate fully on a career in Bollywood. For many months I was shooting outside India for Homeland. So Airlift has happened when it had to."