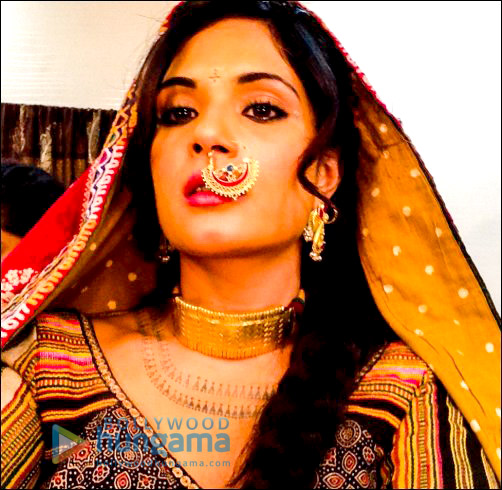 Colourful and bright, Sanjay Leela Bhansali's Ram-Leela attempts to capture even the smallest details of the Gujarati - Kutchi tradition. From Deepika's chaniya choli to Ranveer's dhoti khediyu, Bhansali has concentrated a lot on the Indian costumes.


Unlike her usual self, Richa Chadda will be seen wearing only chaniya cholis as Rasleela in the film. The first look shows the actress in a traditional ghoonghat wearing a heavy natani (nose ring) along with ethnic earrings and a typical golden choker. The actress has also inked tattoos on her neck as per the Rajasthani culture. Inspired by Smitha Patil's role in Mirch Masala (1987), Richa will be seen in backless blouses and chunky Indian jewellery throughout the film.


Ram-Leela is slated to release on November 15.