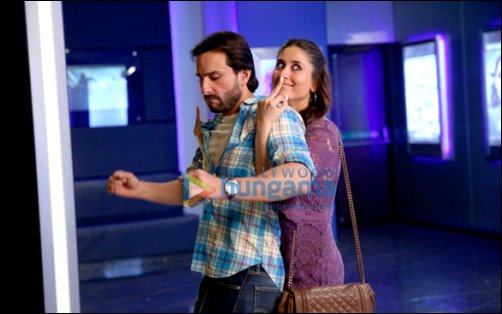 Says a source close to the production team, "Saif is seen playing the character of an author in the film with multiple girlfriends. Kareena Kapoor plays his love interest too in the film. In one of the funniest sequences in the film, Kareena is seen abusing Saif."

Happy Ending that also features Govinda, Ileana D'Cruz, Ranvir Shorey and Kalki Koechlin is produced by Eros International and Illuminati Films and is all set to release on November 21.