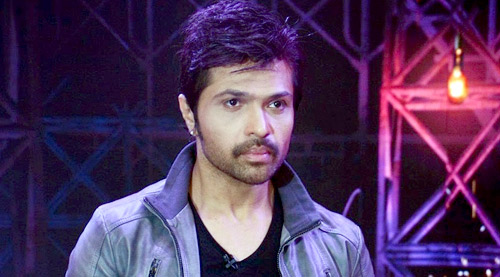 If there's one person who is laughing all the way not just to the banks, but also every possible music lover, then, it has to be none other than the man whose middle name is 'Music'. No prizes for guessing that his name is Himesh Reshammiya.

This year has been exceptionally good for Himesh, who is well deservedly on the seventh heaven, after delivering his fourth musical success this year with Action Jackson (the first three being The Xpose, Kick and Humshakals). In no time, the tracks of Action Jackson have the listeners under its sway. Topping the list are the 'Keeda' song and the melodious 'Punjabi Mast', amongst others.

It seems that the listeners will be treated to Himesh Reshammiya's magic not just in 2014, but also in 2015 with films like Rajshri's Prem Ratan Dhan Paayo, Bhushan Kumar's All Is Well, his own The Xpose's sequel under his belt. If the sources are to be believed, the 'musical magician' Himesh has a bank of 100 new songs ready! On the TV front, Himesh Reshammiya has now replaced Honey Singh as the mentor on Star Plus's famous reality show 'India's Raw Star'.

Looks like Himesh Reshammiya is going to be one busy man for a long time now!