One of the highly anticipated music releases this month is of the Grammy-nominated group BTS. The septet will drop their second English 'Butter'. Earlier this month, promotional content was kicked off with the unveiling of the first concept clip teaser poster, followed by the concept clips featuring RM and Jungkook,  Jin and Suga, and J-Hope, Jimin, and V, and then the first teaser photo in which BTS is in their full glory. 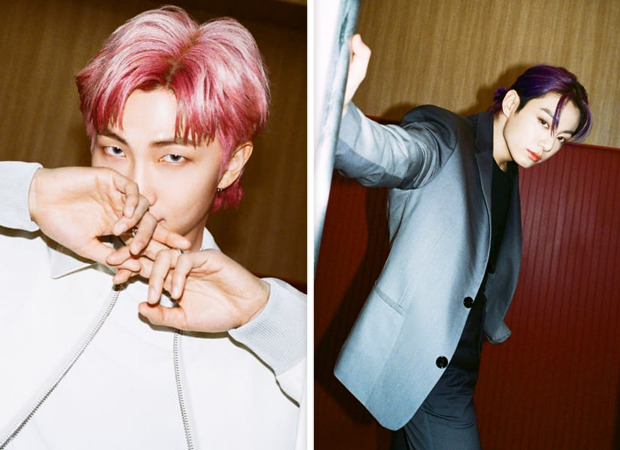 After the group teaser photo comes individual pictures of members RM and Jungkook looking dapper and sharp in white and grey, respectively. Their concept clips were unveiled on the same day, last week. Interestingly, Jungkook is donning gems accessories on the left eyebrow. The two of them are sporting bright hairdos - pink and purple - making fans wondering if the vibe of the song is bright or has a dark vibe to it if going by the previously released clips.