The excitement around South Korean megastars BTS' upcoming single 'Butter' has officially begun. After unveiling the name of the second English single a few days ago, the Grammy-nominated septet has unveiled the first concept clip teaser poster of the song. 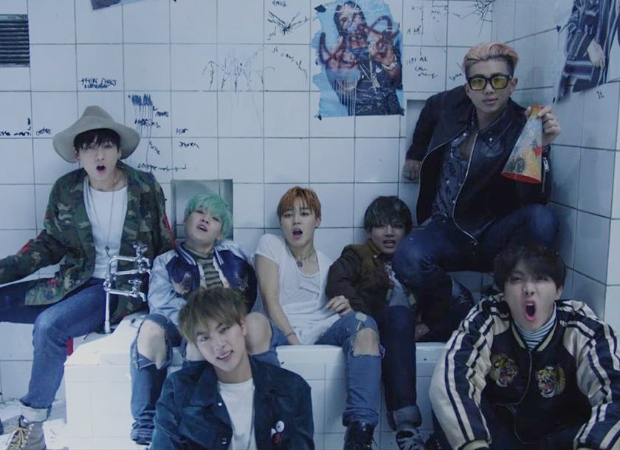 Released on May 1 (May 2, midnight KST), the poster shows seven retro-themed photos that comprise of a toast with a heart shape on it along with fork and butter knife, yellow balloons with smiley emoji, party popper with scattered pieces of hearts, a glass filled with juice, camera and film, a cup of gummies spilled and broken lollipop. There are arrows connecting the pieces.

It does seem that there's not much to read but when it comes to BTS and their teaser clips - there's always a lot of easter eggs. The poster gives old-school vibes, sort of like the aftermath of a party and possibly connected to their 'Run' music video? Are we getting another retro-themed music video from BTS? We'll just have to wait and watch!

ALSO READ: BTS gets special Amul Topical for their upcoming single ‘Butter’ releasing on May 21