May month is full of excitement. Grammy-nominated group BTS will release their second English 'Butter'. As the anticipation grows, the intriguing promo content is leaving the fans excited. After unveiling the first concept clip teaser poster, the concept clips featuring RM and Jungkook,  Jin and Suga, and J-Hope, Jimin, and V, the first concept photo is here and BTS is in their full glory. 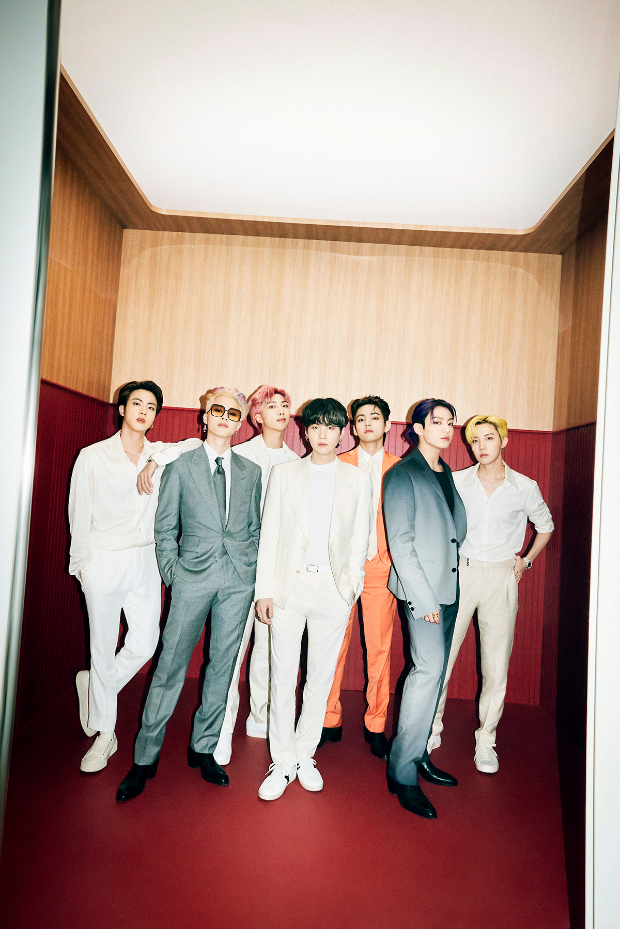 21st-century pop icons just revealed their charismatic teaser photo where each member is sporting suits and alluring charm of their own. RM, Jin, Suga, and J-Hope are dressed sharply in all-white attire with Jin and Suga sporting their natural dark hair whereas RM and J-Hope went back to their earlier days with pink and blonde looks, respectively.

Interestingly, from the concept picture, it seems like Jimin is sporting a rainbow look whereas V has opted for an undercut while keeping with his natural hair colour. The youngest one Jungkook opts for a slick ponytail while donning a purple hairdo. While not much is known about what kind of concept 'Butter' will present to the world, it does feel like it's going to be another retro theme going back to all the previous clips including the current teaser photo.

ALSO READ: BTS' J-Hope, Jimin and V amp up excitement in concept clips ahead of 'Butter' release on May 21