Global popstars BTS will release 'BE (Essential Edition)' on February 19. Starting this week, Big Hit Entertainment, the parent company of the group, began to drop individual videos of everyday in order to give a peek into the making of the chart-topping album 'BE'.  The teasers began to drop with Suga's notes for the track 'Telepathy', followed by RM's notes for the lead single 'Life Goes On', Jungkook's notes for 'Stay', Jimin's notes for 'Dis-ease', and V's notes for 'Blue & Grey'. 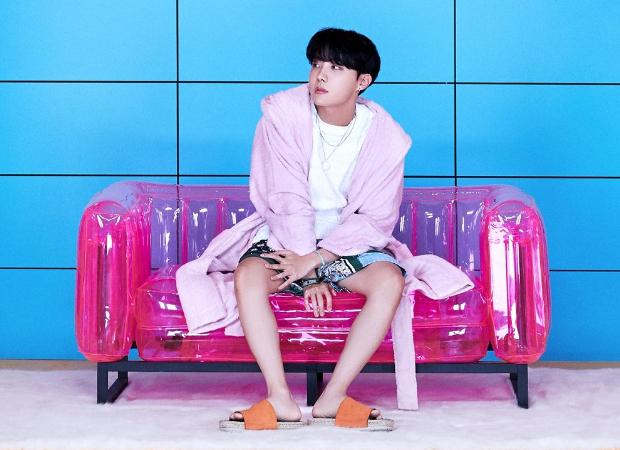 Today, another video was released featuring rapper-songwriter-producer J-Hope along with his notes for the old school hip-hop track 'Dis-ease'. This is the second video on the same track after Jimin's verse version was dropped earlier this week. Known as one of the finest dancers in the industry, he is also one of the thoughtful writers. The 26-year-old musician is seen in a monochrome video sharpening a pencil to pen the lyrics, moving around the room while humming the melody for the main verse - "Everyday, I comfort myself / We’re all just same humans, ain’t so special / Ay man keep one, two step / Let’s all keep calm and treat the diseases / My disease, dis-dis-dis-dis-disease / Throw away the fear, fe-fe-fe-fe-fear."

The B-side track is produced by Brasstracks and penned by J-Hope, Ivan Jackson Rosenberg, GHSTLOOP, RM, Pdogg, SUGA, Jimin, and Randy Runyon. Back in November 2020, J-Hope talked about the idea behind the song during his Weverse magazine interview and stated, "First, I wanted to get into the mindset that this song is a sickness. When I make a song, I work on the chorus first and then move onto the first verse. When I had only finished the chorus the song felt upbeat, but I thought the overall theme shouldn’t be too playful. That wouldn’t reflect how I felt. But while the theme of “Dis-ease” itself isn’t very light, when it fuses with the beat, it feels as if the song is trying to get over itself and stay positive. So I threw some scratching into the chorus and put in some “bbyap bbyap bbayp” and then started to think, “Aha! I’d better call this song ‘Dis-ease.’ ”

One of the most critically praised tracks from 'BE', the song is called 'Dis-ease' with a hyphen that alludes more towards uneasiness rather than sickness. The rapper had accidentally teased the melody while he was doing a live stream on Youtube last year. The idea came to J-Hope through his own sickness as they were forced to rest during the heightened phase of the pandemic when their world tour got postponed. The Korean title '병 (pronounced byeong)' means bottle or disease. While the song spoke about the uncertainty of the future, it also depicted how even the most successful artists feel they aren't being productive enough. The song played with the rawness of the discomfort and made it into an extremely bop-worthy track with a hopeful message towards the end!