Can we get 'Introducing chart-topping, multi-platinum selling, Grammy-nominated artists, BTS' shoutout, please? The nominations for the biggest awards night in the music industry are out. It was a long time coming but South Korean group BTS, global superstars, are making an impact not just on the charts but in the lives of people. They are finally nominated for the Grammy Award in Best Pop Duo/Group performance with their record-breaking song 'Dynamite', a retro-disco themed song that was made to spread hope and joy during these trying times. 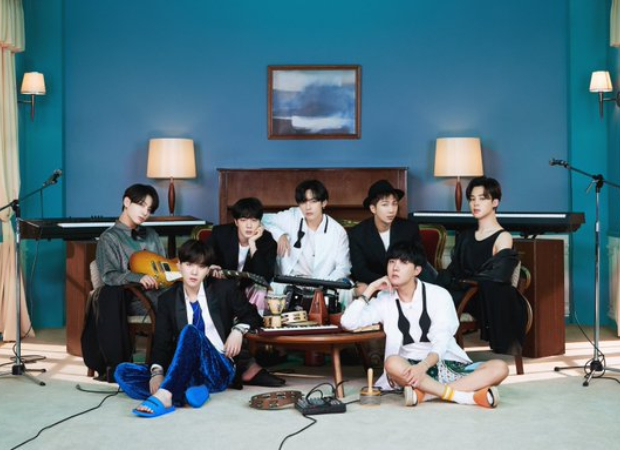 BTS recorded their live reactions. They were eagerly waiting for their nominations just like the rest of the fandom (ARMY). Four members RM, Jimin, V, and Jungkook were seated on the couch at their residence watching the nominations when they began to scream along after hearing their nod. Their reactions are priceless. Suga, J-Hope, and Jin weren't in the video, but we hope that they are celebrating too.

"Thank you to everyone who listened to and sympathized with our music during the difficult times. Above all, it is ARMYs who made the miracle of being a Grammy candidate. I always appreciate and love you. Thank you @RecordingAcad for this great honor!," their official handle tweeted.

[ENG]
In such a difficult time, thank you to everyone who listened to our music and sympathised. More than anything, the ones who made this “Grammy Nominated Artist” miracle was you, ARMYs. Always thankful, and we love you.

I, the guy that fell asleep in the early morning after waiting, tired from rehab... ㅠㅠㅠㅠㅠㅠㅠㅠㅠ I have a reason to work even harder at rehab ㅠㅠㅠㅠㅠ Thank you, ARMY!! Let’s enjoy todayyyyyy pic.twitter.com/WsOy8kcXCE

BTS, a group from South Korea from a small company, went onto become the biggest band in the world. How did they do it? With sheer dedication, hard work, and diligence. They have so many roadblocks in the way in their seven years of the musical journey but they powered through all the trials and tribulations to break the stereotypes and rule the mainstream music market. Their music has continued to be spread a message of hope, positivity, and love and talked about mental health, prejudices, and oppression. It is to be noted that BTS had submitted 'Map Of The Soul: 7', their Korean album, in every mainstream category. It was one of the biggest albums of the year but did not receive nods for that.

In 2019, BTS was invited to be performers at the Grammys and in 2020 they performed for the first time during 'Old Town Road' tribute with Lil Nas, Billy Ray Cyrus, and many other artists. It is about time they get their own stage to show what they bring to the table their grandeur stages.

BTS have broken language barriers, markets and are currently ruling the charts just like some of the western peers. There is still a lot to conquer in the music space for BTS and a lot of barriers to break. One thing is sure - BTS is visible to all, everyone knows what they do and stand for. Not nominating them in mainstream categories is a loss but they are here to stay! But, one step at a time. BTS has made history today and it should be celebrated.

The Recording Academy announced that The Daily Show host, Trevor Noah, will be hosting the 63rd annual Grammy Awards that is set to take place on January 31, 2021.