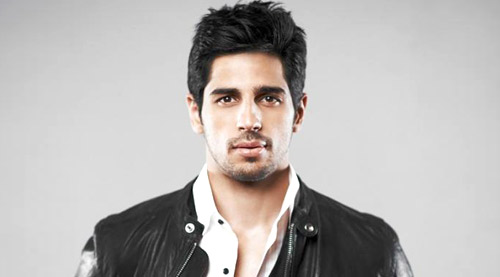 One year after Ek Villain, Sidharth Malhotra is now returning in a much bulked up avtar with Brothers. The pent up anger is still out there and the intensity is expected to be volatile. For someone who started off with a chocolate boy act in Student of the Year and went totally soft-n-sweet in Hasee Toh Phasee, Sidharth Malhotra is dabbling with versatility. As the film opens in theaters today, Sidharth gets chatting.

The very title Brothers conveys that it has a great deal of emotional quotient to it. Was that one of the major factors for you to pick this one up?

That, and action. After so many years a film like this has come. It was exciting to be in the ring and learn martial arts. As a kid I have seen films like Rocky or the ones starring Jackie Chan. In India though we haven't seen such a film with a ring. Yahan toh poora cage tha, toh bilkul mazaa aa gaya. You know, just wearing those gloves gives you so much energy. As for the point you mention then yes, at the core of it this is an emotional film. If you do action without emotion then it is boring. What works for Brothers is the whole family emotion. Here we have two brothers fighting; it is basically K3G with MMA (smiles).

Guess you are enjoying getting emotional as well as the kicks and punches.

Bachpan se hi shauk hai (smiles). For four months after Ek Villain, I was at home and only prepping up for Brothers. Chaar chaar paanch paanch ghante training rehti thi. Phir 10 kgs weight badhaaya. That said, it was all thoroughly enjoyable. When the time came to kicking and punching, it was super fun. Ek style apne aap aa jaata hai body language mein when you train on these lines.

Contrary to typical family entertainers where brothers are shown to be walking shoulder to shoulder, this one gets you into a ring. As an actor, how did you handle this anti-thesis of relationship?

As an actor, you just feel blessed and lucky to get to choose something as spectacular as this from what is being offered. I had the same thought for Ek Villain too which I just grabbed on. Now with Brothers I wanted to show versatility. The whole sporty angle is very new, the transformation is very new. My look, my hair has changed; I look like a different person. Ab shaayad logon ko convince kar sakta hoon that I can be a different character in every film. I don't look like how I did earlier.

So how about future?

Future ka bhi aisa hai scene ho toh that's good. I would want to convincingly adapt to both the worlds, be it a romantic hero or indulge in hard hitting action. If I can convince the audience that I can handle soft parts as well as tough characters, then that should be cool. Now my next two films, Kapoor & Sons and then the love story with Katrina Kaif are in a space entirely different from Brothers.