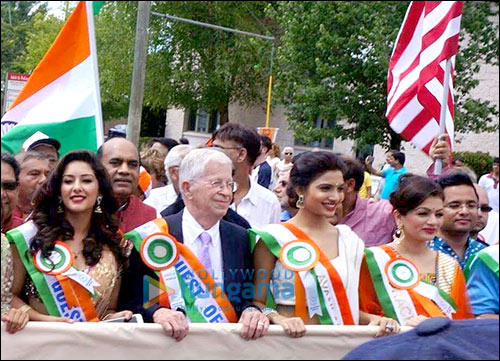 Even before Avani Modi's big break in Bollywood, that is, Calendar Girls, got released, the actress has already received the honour of a Grand Marshall. She was invited by Indian Business Association at the 11th India Parade which was held on August 9.

On the other hand, Avani expressed her gratitude to IBA for giving her this honour. Talking about it, she said, "No matter where Indian immigrates to, they continue to be filled with passion for India."


Six Bollywood stars, including talk show host Richa Anirudh and Avani Modi attended the parade. On August 10, a grand gala dinner had been arranged where she was been facilitated by IBA.