Alia Bhatt has many projects in the pipeline. One of the projects is Ayan Mukerji's directorial Brahmastra starring Ranbir Kapoor. This is the first Alia is working with Ayan and Ranbir on a film. The cast recently flew to Bulgaria to begin the first schedule in the snowy locale.

While in Bulgaria, Alia Bhatt and Ayan Mukerji are definitely enjoying the beautiful weather. The actress shared a photo with her director and one of her close friends Ayan while lying in the snow with their hands spread out. The caption for her picture reads, “Eternal Sunshine of the Spotless Mind.” 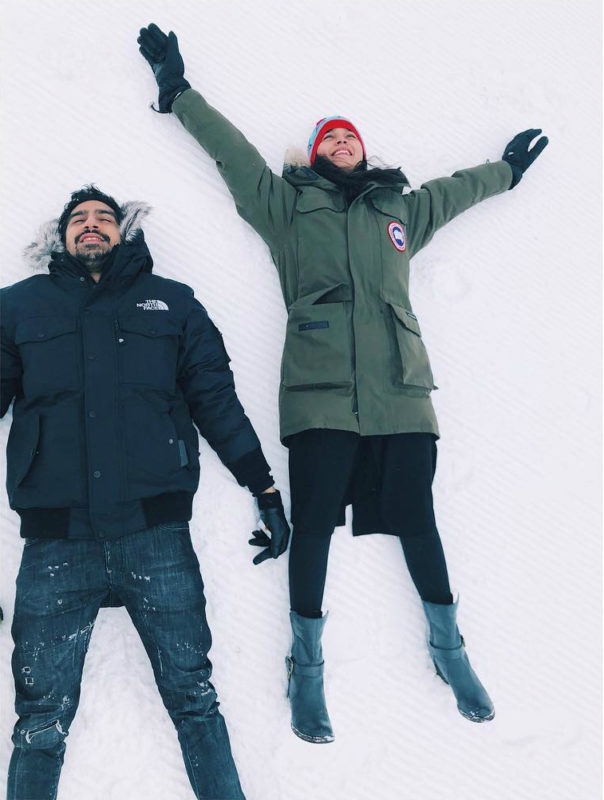 The photo was a recreation of an iconic film. Eternal Sunshine of the Spotless Mind is one of the iconic Hollywood films which released in 2014. The film starred Jim Carrey and Kate Winslet as the lead. The film had also won Academy Award for Best Original Screenplay.

Meanwhile, Ayan Mukerji directorial Brahmastra starring Ranbir Kapoor, Alia Bhatt, Amitabh Bachchan and Mouni Roy is set for August 15, 2019, release. Besides this, Alia Bhatt will be seen in Meghna Gulzar's Raazi which will release on May 11, 2018. She recently completed first portions of Zoya Akhtar's Gully Boy with Ranveer Singh. The film is set for Valentine's Day 2019 release.