Earlier this year, we had revealed that Ranbir Kapoor and Alia Bhatt had taken off to Bulgaria to kick off the schedule of Brahmastra. Now, yet another schedule of the film has started off in the picturesque locations of this Balkan nation. Furthermore, this time joining the cool kids of B-town is the veteran megastar Amitabh Bachchan. 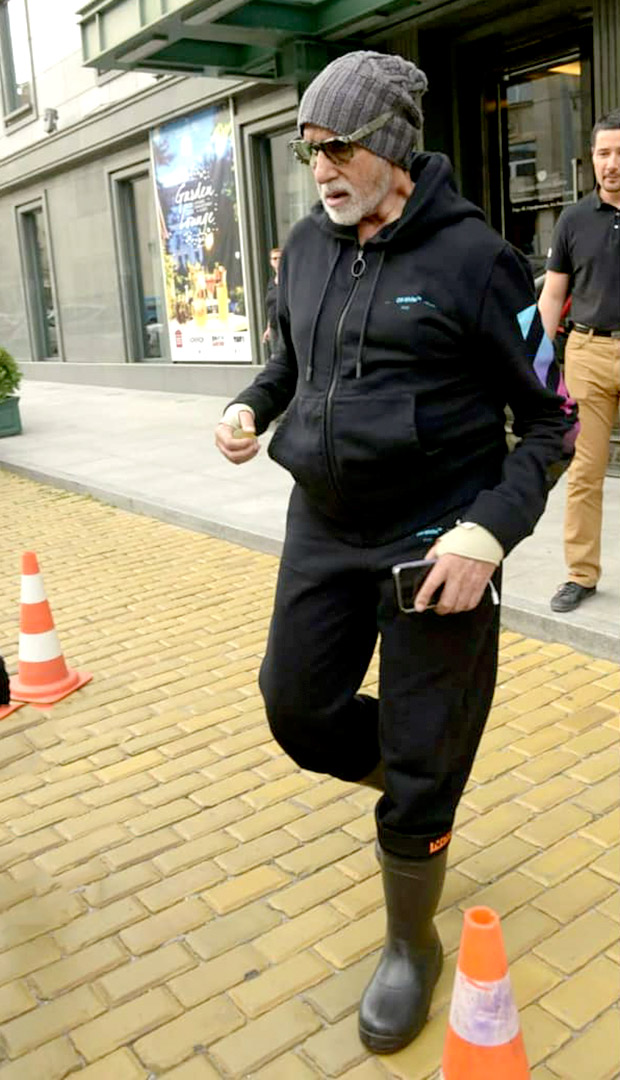 While the earlier schedule in Bulgaria didn’t feature the Shahenshah actor of Bollywood, this time around he seems to be tackling the rainy weather of Bulgaria for the film. Recently, Amitabh Bachchan took to the social media to share a post about his Brahmastra schedule. The megastar, who loves to explore the social media platforms, shared a picture of him in gumboots on his Twitter handle. The pictures of the actor have also gone viral on social media after he posted about it.

On the , looks like while the rains are playing spoilsport to many films that are on floors in Mumbai, the situation isn’t much different in Bulgaria either. Despite the unforeseen weather conditions, the megastar is trying to beat the weather in his sweatshirts, caps and boots and continue with his shoots.

“Off to work in the rain and slush and till the morning .. back now at 3 am .. but the work is wondrous, and the care pre eminent .."Brahmastra" in Bulgaria ..,” tweeted the actor about the climatic conditions out there!

Speaking of Brahmastra, Amitabh Bachchan will essay a prominent role in the superhero drama. While details of his character are kept under wraps, the actor kicked off his schedule for this film a few months ago in Mumbai.
Ranbir will be seen as a superhero for the first time in this Ayan Mukerji directorial and it features his real life ladylove Alia as his onscreen love interest. The film also stars Mouni Roy in a prominent role and reports have it that she will essay a grey character. Produced by Dharma Productions, the film, which is the first of the trilogy, is slated to release on August 15, 2019.