Sunny Leone graced the contestants of Bigg Boss 14 with her presence and there was surely love in the air. The actress and reality show Splitzvilla host ensured to bring out a lot of confessions from the contestants. While Salman Khan grilled them for their tactics and strategies, Sunny Leone gave them some fun tasks that got Aly Goni and Eijaz Khan confessing their love for Jasmin Bhasin and Pavitra Punia respectively. 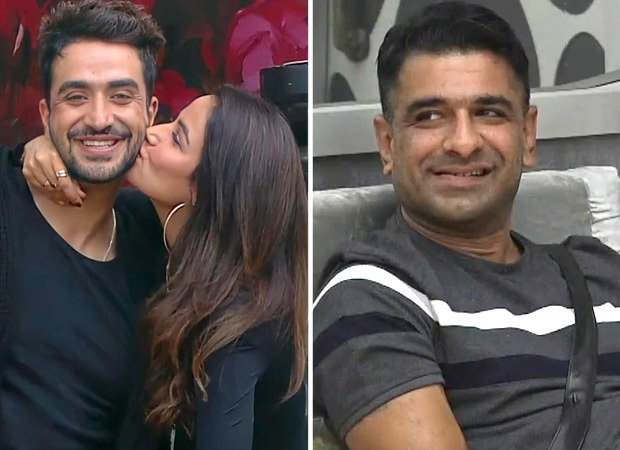 Aly Goni was asked if he would profess his love for Jasmin Bhasin as she did, and he did. Going down on one knee, Aly Goni held a massive red heart and proposed to his ladylove. Jasmin Bhasin put forth a condition and said that she will say yes once he asks for permission from her parents. The gesture left the contestants and the viewers gushing.

Sunne Leone told Eijaz Khan that he will require ECG since it was ‘dil ka maamla’ and every curve on the ECG had Pavitra written. Eijaz did not hesitate in agreeing and said, “Yes, it is true.” When he was asked to give a special message to Pavitra, he said, “Hi Pavi, Happy New Year. Missing you a lot. I think I am falling in love with you. Perhaps love is a loaded word but I certainly want to meet you and missing you a lot. But I also need to stay here and fight for the trophy.”

Pavitra Punia’s social media account handled by her team had also retweeted the video and she defended him on her personal account as well.

Also Read: Bigg Boss 14: Salman Khan calls out contestants for bullying Rakhi Sawant; credits the latter for running the show in the past week