The first Weekend Ka Vaar of the New Year started with Bigg Boss 14 host Salman Khan extending season's greetings to all the contestants. He then picked up the matter of Rakhi Sawant getting hurt by Jasmin Bhasin. 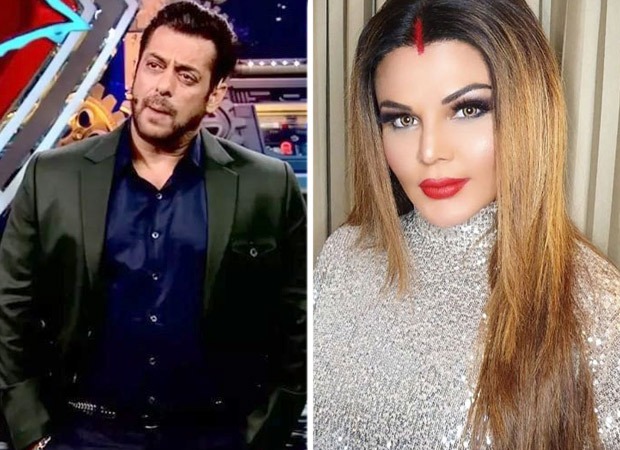 Over the week, Jasmin and Rakhi were seen getting into an ugly fight. When Jasmin was asked about it, she tried to justify and clarify her act, but Salman was in denial about it. The host told Jasmin that her behaviour was unacceptable and that she should have apologised to Rakhi. Salman also asked her to stop behaving like a child and start behaving like an adult.

Salman then called out every contestant for bullying Rakhi and making her a soft target as she has a different personality. He scolded the other housemates saying that their behaviour towards Rakhi is incorrect and they do so because she has a stand out personality and doesn't speak the English language well enough.

Salman also called out Rubina Dilaik for putting down Rakhi everytime because she finds it cool. He said that according to him, the person who judges the other and puts them down is the most uncool.

Meanwhile, speaking about Rakhi who got her nose injured during the week, Salman said that her condition was discussed with both an orthopaedic surgeon as well as a cosmetic surgeon. He said that his nose got defected a little because of the injury. He said that Rakhi will have to step out of the Bigg Boss house to get treated for the same and she has opted to do the same.

Salman then praised Rakhi for the person she is and credited her for running the show for the past whole week.

ALSO READ: Bigg Boss 14: Sunny Leone to enter the house as ‘Doctor Sunny’ to check the health of the housemates