Akshay Kumar not only enjoys pranking his co-stars but even paparazzi sometimes. The actor, who arrived at Versova jetty last night, was accompanied but police and security when he was heading towards his car. 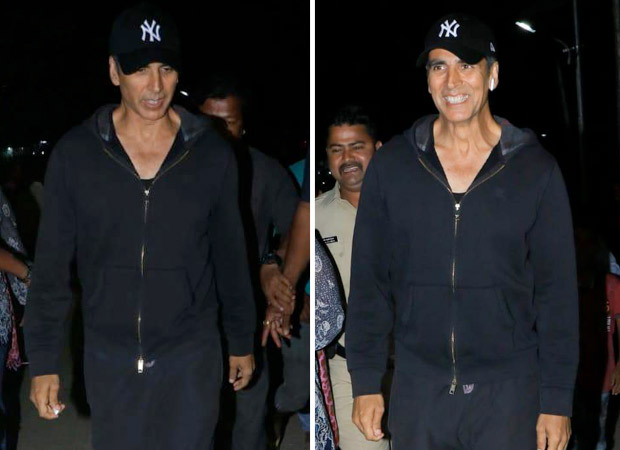 In the video, Akshay Kumar was seen being papped by the paparazzi when he asked some of them to walk carefully. And in another instant, he started running away only to stop and start laughing. The entire moment was captured on the cameras. It seemed like the actor arrived from the sets of his film.

On the work front, Akshay Kumar has a couple of films in the pipeline starting from Sooryavanshi with Rohit Shetty which is releasing on March 28, 2020. Then, he has the next release on Eid 2020, Laxmmi Bomb which is a remake of Kanchana. Bachchan Pandey is releasing in January next year followed by Bell Bottom in April.

ALSO READ: Akshay Kumar dons a rugged avatar in the new Bachchan Pandey look, to release on THIS date!