Ahead of the film's release, a special screening of Kajol and Vishal Jethwa starrer Salaam Venky was hosted on Wednesday night. As the release of the film is around the corner, a bunch of Bollywood celebs, who attended the screening, have dropped their reviews on their respective social media handles. Among many others, Kajol’s husband and actor-filmmaker Ajay Devgn have also spoken his mind about his wife’s upcoming film. 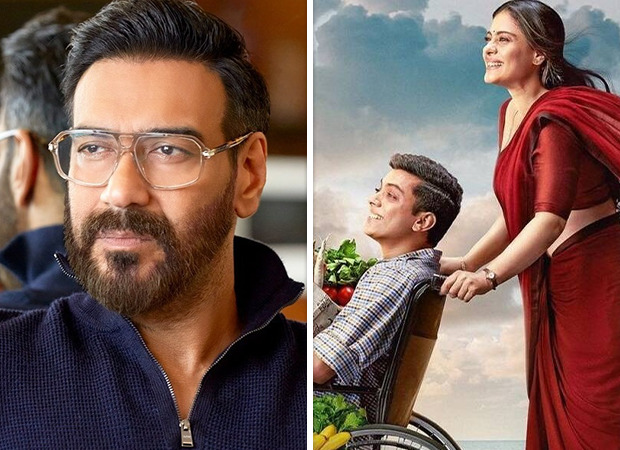 On Thursday evening, Devgn took to his verified social media handle and shared a post dedicated to Kajol and Salaam Venky. The photo featured Kajol posing in a red saree along with a note, which read, “To Kajol, the one who makes my zindagi badi, you are superlative in the film.” Meanwhile, his caption for the post read, “Salaam Venky ‘charged’ me emotionally. This one is special.”

He also lauded the team of the film as he added, “The whole team shines, especially @revathyasha. And, young @vishaljethwa06 My best wishes to the entire cast & crew.” As he shared his review for Salaam Venky, many from his Insta fam wished “all the best” to the actress for the film. “That's awesome! Congratulations,” exclaimed a user while another commented, “can’t wait”.

For the unversed, Kajol’s upcoming film, Salaam Venky, is slated to release on December 9. Directed by Revathy, Aamir Khan will appear in the film for a brief cameo. The ensemble star cast of the film also includes Aahana Kumra, Rahul Bose, Rajeev Khandelwal, Prakash Raj and Anant Mahadevan. The forthcoming film is a moving story of a mother-son duo.

Also Read: Ajay Devgn finds “peace” with son Yug in the “heart” of Varanasi; shares an adorable pic of duo