Kumkum Bhagya has been an audience favorite and with the second generation of actors in the show which includes Ranbir (Krishna Kaul), Prachi (Mugdha Chaphekar), Rhea (Tina Philip), Shahana (Aparna Mishra) and Aaliya (Reyhna Pandit), the show has experienced some more exciting twists and turns. Readers would be aware, in the recent episodes, Ranbir is in the hospital and Prachi is praying for her husband’s safety. In the upcoming episodes, as the entire family is worried about his health, viewers will witness how Prachi starts losing hope as Ranbir’s situation gets critical. Just when she will be seen at the verge of breaking down completely, Kajol will enter the show. She will be seen as a part of Salaam Venky promotions. 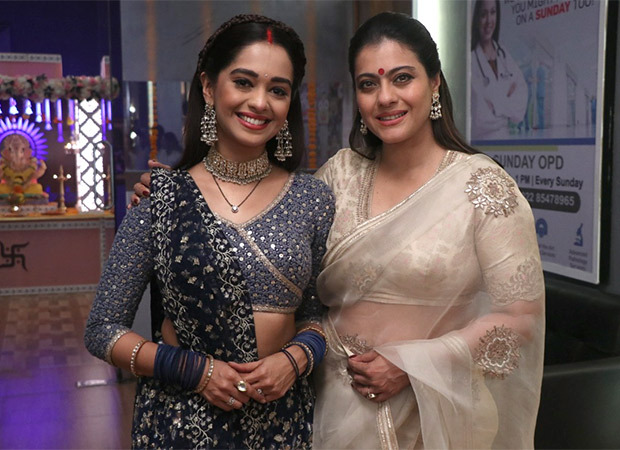 Kajol makes an appearance in Kumkum Bhagya; Prachi aka Mughda Chapekhar says, “Working with her was amazing”

Kajol will give Prachi aka Mughda Chaphekar some much-needed emotional support and make her believe that everything will be fine so that she is not driven to despair. Kajol’s entry and her support will make Prachi strong once again and will bring about a dramatic twist in the tale as Prachi tells Ranbir to fight back. Talking about shooting with Kajol, a source from the team of the show said, “The entire sequence is something that you cannot miss, but more than anything else, it was Kajol’s presence and her raw performance that left us impressed. The entire cast and crew was in awe of her. In fact, they had a gala time shooting with her as well.” 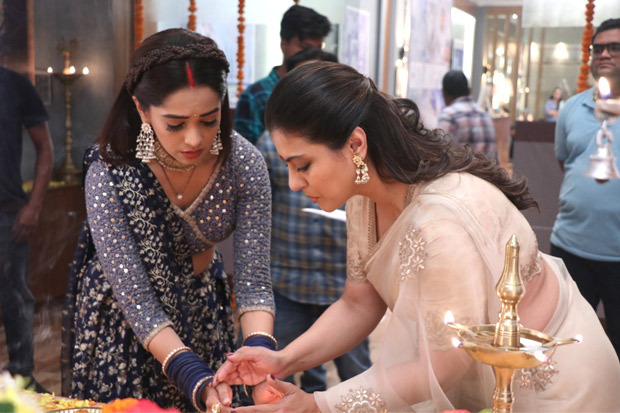 Furthermore, Mugdha Chaphekar went on to add, “I think Kajol is one of the finest actors in the industry and I really feel blessed to be able to share screen space with her. In fact, I have been a huge fan of her work and when I got to know she will be coming to our set for a scene, I was super excited! Working with her was indeed amazing.” She continued, “I was also fortunate to meet Revathy ma’am and I am a huge fan hers too. I was extremely happy meeting these two powerhouses of talent. Both of them were kind humble and amazing and it was a great experience shooting the scene.”

Kajol will also be seen as a tough mother who is forced to take decisions to help her kid in Salaam Venky which is releasing on December 9.

On the other hand, it is yet to be seen if Ranbir will be able to fight back and survive in Kumkum Bhagya. The show airs from Monday to Friday at 9 pm on Zee TV.

Also Read: Kumkum Bhagya actor Krishna Kaul cycles to the sets of his show to stay fit; says, “It’s an eco-friendly activity that I feel every person must try”