Today, veteran actor Dharmendra turned a year older and the star celebrated his special day with his family, fans, and media. While fans across the globe celebrated his special day, Dharma production house decided to do something special for the birthday boy. Readers may be aware that Dharmendra will be seen in a key role in the Ranveer Singh, Alia Bhatt starrer Rocky Aur Rani Ki Prem Kahani, directed by Karan Johar. The makers decided to give fans a sneak peek into the actor’s avatar in the film. 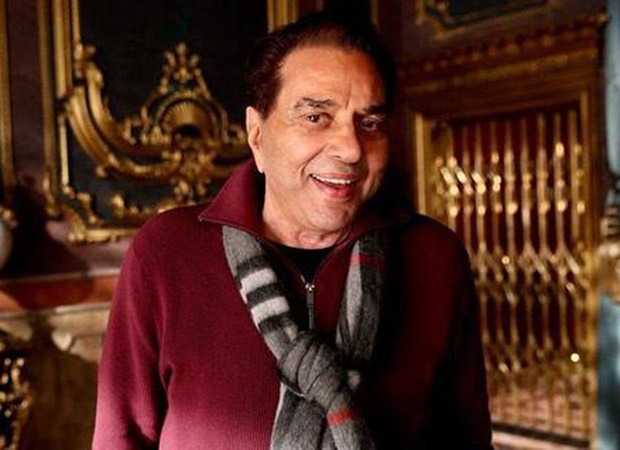 The official Instagram page of Dharma Productions posted a series of photos of Dharmendra from Rocky Aur Rani Ki Prem Kahani which includes a photo of him in a maroon sweater, another photo of him smiling away in a black trench coat of sorts as he sports mufflers in both the looks. The third photo is that of an intense discussion that Karan Johar seems to be having with Dharmendra as the latter is seated on a wheel chair on the sets of the film. Along with these, the production house also captioned the photos with a lovely message saying, “You personify kindness & all things positive @aapkadharam! #RockyAurRaniKiPremKahani family is only complete with you! Happy birthday Dharamji!”

Besides this, the production house also dedicated another special post for the birthday of Dharmendra saying, “He’s an actor. A supernova. A legend. Happy birthday @aapkadharam!”

On the other hand, sharing the same BTS photos of the birthday boy on his Instagram handle, the director-producer Karan Johar also posted a lovely message on this special day saying, “Happy Birthday to a mega star with the kindest heart and the warmest aura… its been an honour, pleasure and privilege to direct you Dharamji…. @aapkadharam … you are a blessing to our film #rockyaurranikipremkahani”

Coming to the film, Rocky Aur Rani Ki Prem Kahani, the Ranveer Singh starrer was expected to hit the big screens in February but was later pushed further after Alia Bhatt announced her maternity break. While the film has already been completed, it is being said some finishing touches are still pending. The romantic drama also stars yesteryear actresses like Shabana Azmi and Jaya Bachchan.