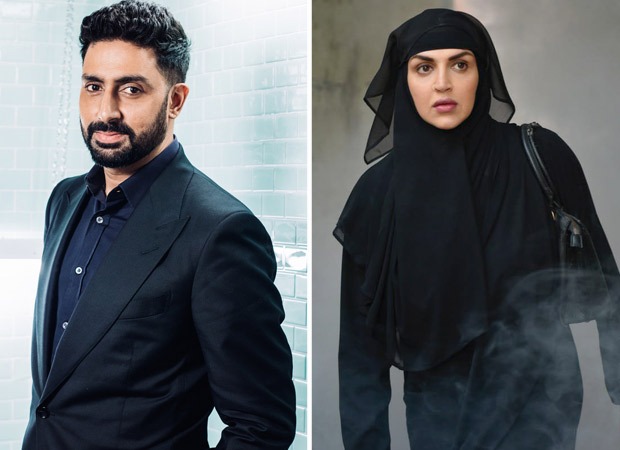 Abhishek's recital, penned by Shonet Barretto, comes at a crucial point in the movie which drives home a pertinent message about women, on the harsh reality of gender inequality. The subject is close to both Esha and Abhishek's heart, considering they are parents to daughters. Esha is a mother of two - Radhya and Miraya with husband Bharat Takhtani, while Abhishek is a doting daddy to Aaradhya with wife Aishwarya Rai Bachchan. The fact that Esha and Abhishek have worked together in the past and are good friends, helped them come together for Ek Duaa.

Abhishek says, "When director Ram Kamal Mukherjee approached me for this voiceover for my friend Esha’s film, that is also her first production; I was happy to be a part of this film because it speaks about gender inequalities that still exist in our society.  Esha and Ram are trying to give out a positive message through their film, and being a father of a beautiful daughter, I too feel that we must educate our society and spread the word of awareness through whatever medium we can. The couplets, written beautifully by Shonet, touched my heart, and I am sure this film will also touch yours."

Abhishek's baritone voice has been winning the hearts of film critics. Most reviews have specially mentioned his reciting skills with his father legendary Amitabh Bachchan.

"Abhishek has been a buddy over the years and a great co star. I have always admired the way Abhishek shows respect towards women. He is a complete gentleman. We have always supported and encouraged each other’s work. I was very happy and grateful that he agreed to lend his voice for my maiden production. I was really touched by the subject and instead of a regular voice over, we thought of playing it differently and added Urdu poetry that conveyed the message lyrically," says Esha.

Speaking about Abhishek Bachchan's contribution director Ram Kamal says, "Abhishek is a dear friend and extremely supportive. He not only recorded this poem like a thorough professional, but participated like a team member. I remember when we handed over the poem, he read it a couple of times, set punctuations and modulated with his versatile voice. It makes me feel happy that he agreed to be a part of this humble journey."

The film is currently streaming on Voot Select.